After struggling with insurance companies for six years, Lee Priest goes under the knife to get neck surgery 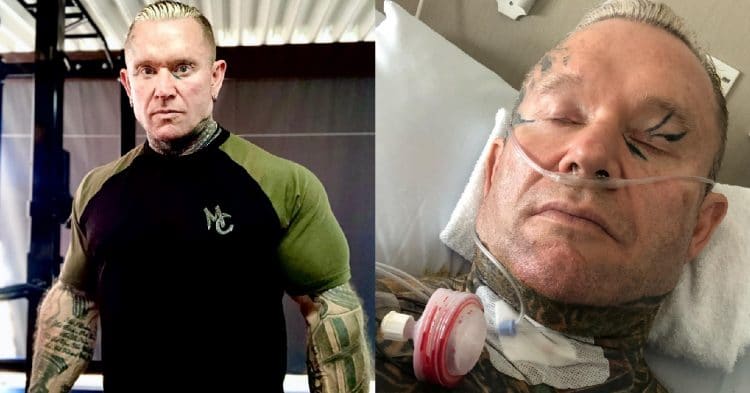 It has been a long road for Lee Priest after a car accident caused him some serious long-term injuries. Now it seems that things could potentially be looking up, as he has gone under the knife to get neck surgery.

Back in 2014, Priest was involved in a car accident that caused some serious health repercussions. It resulted in him losing muscle and strength on his left side, primarily due to neck problems. After battling with insurance companies for years, he finally resorted to starting a GoFundMe to try raising money for the procedure he needs in order to fix his neck.

It would seem that this GoFundMe has worked, at least to some degree as Lee Priest recently revealed that he was in the hospital to get the neck surgery. The bodybuilding legend posted to his Instagram with the news, sharing some stock images of what the procedure entails. Of course, in his typical fashion he took a minute to throw some shade at the insurance company who has been giving him grief at the same time.

“Almost 6 years since car accident time for surgery. I hope the insurance company who says I’m faking my pain my injury my muscle wasting. Hope the give me best actor award. F–k I commit to my role. Well almost time to go take a nap. Chat later well might be hard to chat. But I’ll be back. I hope 🤞”

With that, Priest went under the knife. A few hours later however, he was back on Instagram posting an update so people knew that he was still alive and kicking. This was an early update, so he did not specify how he was feeling. Yet he did say he was enjoying a nice morphine drip to ease the pain, joking that he could really use the same thing on his leg days.

“Sorry yes I’m was only sleeping. I guess the haters and trolls can screen shot it and pretend I’m dead. Need this morphine button on leg days”

Fitness Volt would like to wish Lee Priest a speedy recovery following his neck surgery. This was not his first surgery to fix his neck, but it is good to see that he is at least beginning to take steps in the right direction to fix the issues that have plagued him for so long. Hopefully this procedure will make a difference, and he will back to his old ways sooner rather than later.

The Best Exercises for A Thicker, Stronger Neck