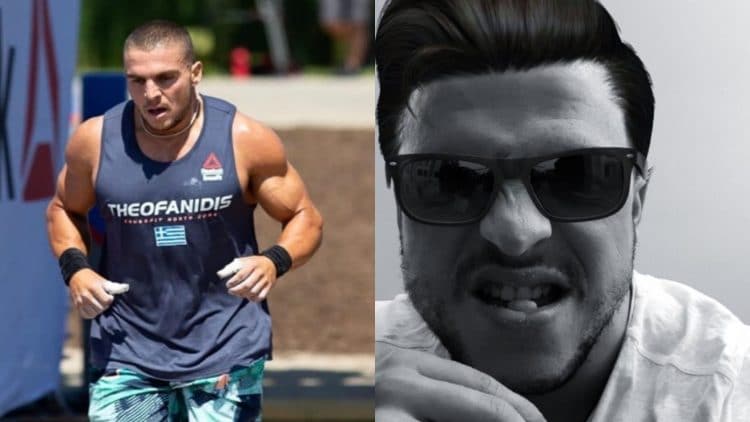 Lefteris Theofanidis has been under some serious controversy lately. However, with the way he is handling it, it does not seem be affecting his mindset too much.

Theofanidis is a CrossFit Games competitor, who scored 59th in the 2019 event. On top of that, he is the 2020 National Champion for his native Greece. Moreover, he placed third in last year’s Open season, despite some penalities and backlash in his 20.3 submission.

However, Theofanidis was notified today, that he was in breach of CrossFit’s drug testing policy. Although the substance was not revealed, he was notified of a failed test stemming from his performance at the 2019 Dubai CrossFit Championships. Furthermore, the announcement explained that he is appealing to the results, but this is common for people in his situation.

On the other hand, what was not typical is the way Lefteris Theofanidis handled the revelation. He took to his Instagram, showing an extreme amount of distaste for this notification. A series of posts to his story provided a short, but direct message about his feelings on the matter.

In addition to that spicy message, Theofanidis posted another message to his page. This one saw him referencing UFC Superstar Conor McGregor. He made it clear that he is making no apologies for this failure.

“The chase is on…” Theofanidis said. “‘I would like to apologize to absolutely nobody’

Expect the bulls–t, but never accept it.”

Theofanidis is clearly a bit fed up with the way this has been unfolding. As for what happens to his National Championship, if his efforts to fight this does not work out, it is unclear. The official rules do not say anything about backfilling this position unless the individual decides to compete as a team. However, if they do backfill it, the spot will go to Giorgos Karavis.

What do you think of this drug testing violation from Lefteris Theofanidis?