Check out this new video from Stefi Cohen where she goes over training differences between genders. 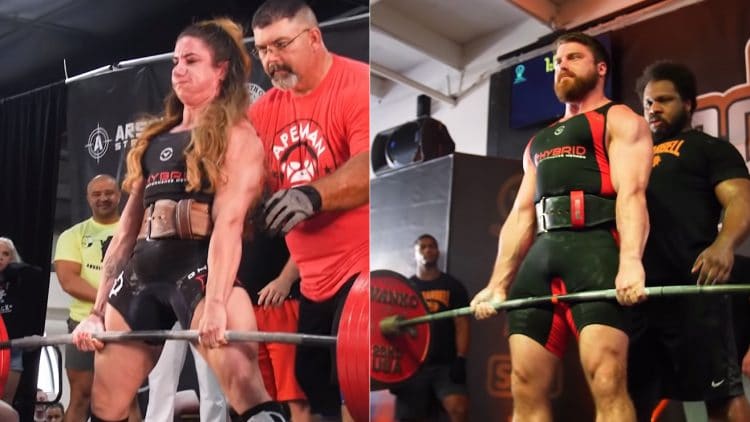 Last week Stefi Cohen offered her best tips for building big shoulders which was very informative as usual. But this week the topic was training differences between men and women of which she went into great detail about important distinctions, explaining some interesting points.

So first off, Cohen covered the topic of exercise selection of which she immediately made it know that there is no difference when it comes to this aspect of training… “The difference lies in what the goals of the individual are,” she explained.

It’s pretty common for women to want to build some muscle but still remain lean and have a certain look, while men, on the other hand, are often aiming to maximize muscle mass and sometimes strength as well. So, Cohen says to train according to desired body composition and performance goals but she reiterated the fact that there are essentially no differences between both genders when it comes to exercise selection, frequency, and volume.

Next, Stefi Cohen talked about how she sat down with Molly Galbraith who is the owner of ‘Girls Gone Strong’ where Galbraith referenced a meta-analysis (review of studies) by well-known powerlifter and writer Greg Nuckols.

Well, Cohen explained that according to the data, women gain strength and muscle mass at the same rate as men. And to take it a step further, evidence showed that sometimes women can gain relatively faster than men. However, it was also noted that the reason for this could be that the women in the meta-analysis were relatively less trained than the untrained men in the same study.

But the reason for being less trained may likely stem from females typically having less sports experience on average. But even if they did play sports, male sports tend to involve more of a focus on upper body strength, therefore, leaving more room for the females in the study to benefit and gain strength at a relatively faster rate in some cases.

And an interesting point that followed was that based on strength sport competition data, highly trained female strength athletes tend to gain strength deeper in their careers than men who are similarly competitive.

She describes this as being an example of “science challenging conventional wisdom,” of which she suggests that based on the data, women don’t necessarily need to follow a remedial strength program. But rather, they may even respond better to an identical strength program than men in many instances.

Differences Between Men and Women

So, the key takeaway from this is that there are several factors to take into consideration when planning a workout regime for a female lifter as the differences between genders do have a somewhat of an influence on performance. And Stefi Cohen ended by saying that despite these differences, the fundamentals of strength training still remain the same.

We hope you enjoyed these awesome tips and we’re sure Stefi Cohen will have much more to come in future videos.