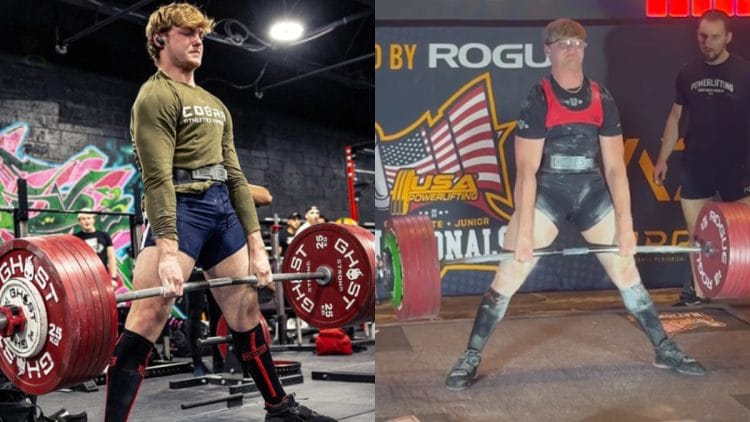 Powerlifter Liam Newell is no stranger to moving heavy weights. He blew everyone’s mind at the 2022 USAPL Collegiate Nationals, which took place on March 27-30, in Westin Lombard, Illinois. Liam scored fourth place in the 90 kg weight class after putting up an impressive performance. In addition, he also claimed the 18-19 Age Division Deadlift American Record by lifting 777 lbs (352.5 lbs).

Liam Newell deadlifted with a sumo stance and a hook grip. He also only used a lifting belt to aid him in the pull, making his lift completely raw. Liam lifted 2.5 kg (5.5 lbs) more than the previous American Record, which was held by Ian Bell. Ian set the previous record at the 2011 USAPL Southside Classic. No one was able to even come close to Ian Bell’s record for over 10 years, which proves that Liam is a generational talent.

Liam Newell’s 777 lbs deadlift is also the All-Time World’s Second-Heaviest in the 18-19 age division. Furthermore, at the time of this competition, Liam weighed in at 88 kg (194 lbs), meaning he pulled 4x his bodyweight.

At 19-years-old, Liam Newell is still very new to the sport of powerlifting, as his first competition came in January of 2021. After only one year of professionally competing, he has already claimed two competition wins, and now one American Record. Liam’s greatest performance came in the 2022 USAPL Collegiate Nationals. Not only did he set a new deadlift record, but also improved all of his PRs. Liam competed in the 83 kg weight class at both of his competitions prior to this one. However, he decided to jump up a weight class, which proved to be the right choice.

This young powerlifting phenom has made huge improvements in his lifts over the last year. At the age of only 19-years-old, Liam Newell’s 777 lbs deadlift is the second heaviest in the 90 kg weight class across all age divisions. It seems like it is inevitable that we will see Liam break a lot more records in the next few years, and potentially become one of the overall greatest powerlifters in the world.

Best Pre-Workouts Without Beta-Alanine Reviewed For 2022