Powerlifter Russel Orhii wins the 83kg division at the 2021 USAPL RAW Nationals, scoring a new American Record in the process 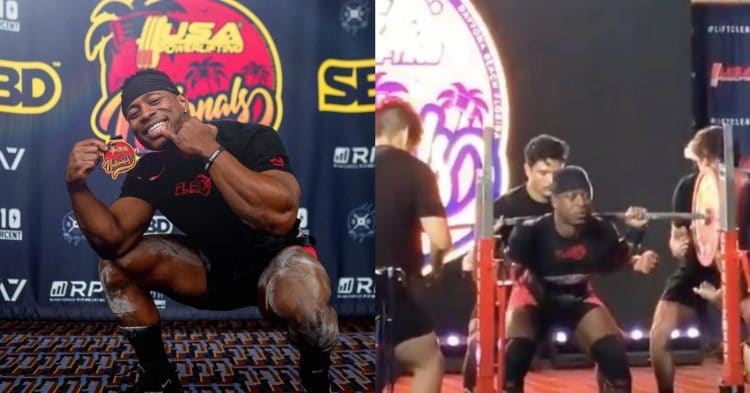 The USA Powerlifting RAW Nationals (2021) are underway, and there have been a slew of impressive performances. Chief among these came from Russel Orhii, who left the competition with a win and a new American record.

Orhii competed in the 83kg (183lb) division at the RAW Nationals, where he came in at a bodyweight of 82.54kg (182lb). He had won this contest the past three years it has been held, with his only exception being last year’s contest, which was canceled due to the global pandemic.

However he made up for lost time at this year’s contest, where he walked away with a new American record. This came from a 323kg (712lb) squat that he hit, surpassing his previous record by a staggering 11kg (24.25lb).

Check out the video of his lift, courtesy of USA Powerlifting’s Instagram:

This was actually the second time Orhii broke the record at the RAW Nationals. His second squat attempt saw him take 314kg (692kg) for a ride, besting the record he set in 2019 by 2kg, before surpassing that big time with his third attempt.

Furthermore, while this was an American Record, it was also an unofficial world record. If the RAW Nationals allowed competitors from around the world, he would have official secured the world record as well.

It was a strong performance by Russel Orhii all around at the 2021 USA Powerlifting RAW Nationals. Not only did he walk away from this contest with the new American record, but he also won the contest in his division.

This was an incredible performance from Orhii, who had not competed since the 2019 USA Powerlifting Nationals. It is clear that he has been spending this time getting better, and his improvements are incredible, to say the least.

Russel also reacted to this achievement with a post to his Instagram. His  simple post fully expressed his excitement to have gotten back to action, and his pride in this massive accomplishment.

“Too busy backin’ my words up with actions to ever go front in your face” Orhii wrote.

It is not clear when Russel Orhii will compete again, or what his next move will be. Hopefully he can replicate this squat, or even improve upon it, at an international event, and secure his spot in the world record books.