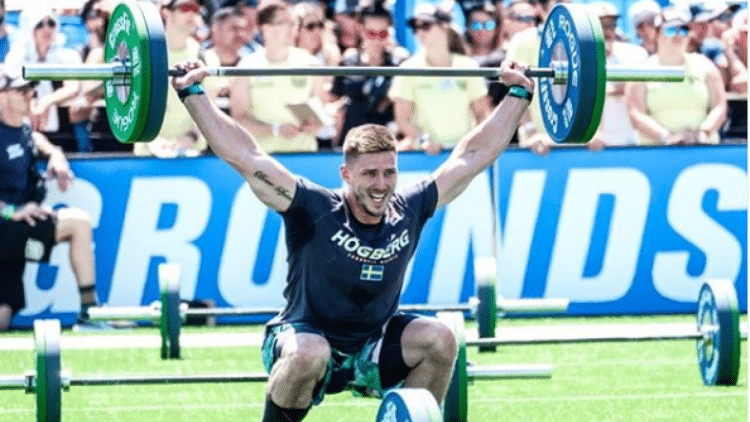 Lukas Hogberg has set himself apart as Sweden’s fittest man, with some strong performances at the CrossFit Games, and Open. However, now he says he is done, and is quitting the Open.

Hodberg has competed in the CrossFit Games five times, most notably scoring third overall in 2018. Moreover, he has taken part in every CrossFit Open since 2012. Every time he competes, he has been ranked as the number one athlete in his country. He is one of the best athletes in the world today.

However, that is beginning to change this year. Lukas Hogberg has recently announced that he is withdrawing from the 2020 CrossFit Open. In an Instagram post, he explains the decision, attributing it to being exhausted. Additionally, he had some choice words about the set up with this year’s event.

“I decided to not continue with Open this year. It’s been a long season for me and a lot of stress around me. I don’t feel that this Open shit show gives me any motivation or enjoy in my training and career as a professional athlete🤮

While he is out of the Open, Hogberg does make it clear that he still intends to compete at the 2020 CrossFit Games. He says that he will look to compete at the Sanctonials to earn his spot. This would be his only other option to compete in the Games, as a solo athlete.

This frustration from Lukas Hogberg is understandable, considering the quick turnaround between the Games and Open this year. Athletes were not given much time to rest and recover after competing in the Games, and it is taking its toll on many.