What could it possibly mean? 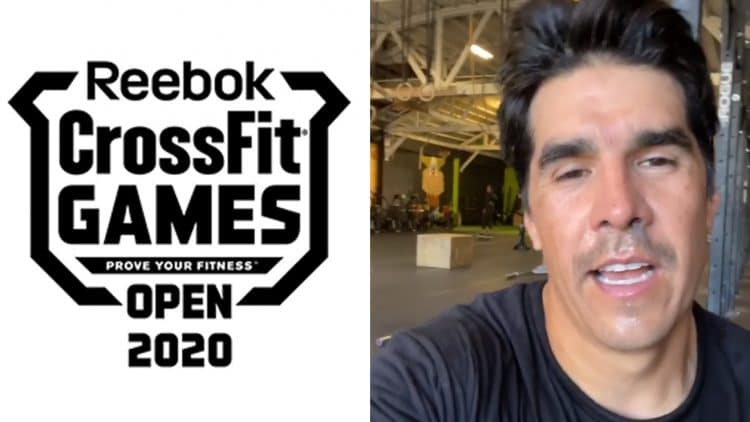 The CrossFit Open 20.3 workout will be announced later today and by the looks of things, it’s probably going to be brutal, according to CrossFit Games director Dave Castro (after all, he does create the workouts). And after this one, there will be two workouts left in the Open.

Castro gave his thoughts on the previous 20.2 workout in a video a few days ago where he also explained that “next week’s going to suck” (20.3 reference). And he recently dropped a subtle hint at what the 20.3 workout will look like; which has everyone frantically guessing what it could possibly involve.

You can find the clue below… and all Castro wrote on the Instagram post was, “20.3”. But there have certainly been plenty of wild guesses as to what it could mean including mentions of “rowing,” “classic CrossFit,” and something to do with being “wrecked”…

Now, Dave Castro dropped hints for both the 20.1 and 20.2 workouts as well, and he’ll likely do so for the remaining two workouts following this one. But, athletes and fans should have fun trying to guess what the most recent one means.

Jacob Heppner made a humorous post to give an apparently more straightforward clue according to comments… “20.3 … this will probably make more sense than what @thedavecastro posts anyway.”

“Some people would say that if I spent as much time training as I do breaking down Dave’s clues , I’d not have sucked so hard for 20.2. Those folks are wrong. I’d have easily won the workout. But the easy road is not the one to take, and that’s why Dave switches the workout after I’d predicted it successfully. Kudos Dave.

“This isn’t about me though. Let’s talk clues. The common theme of the items in this photo is disrepair. There are rips and breaks evident throughout. This of course, refers to what will happen to our collective hands in doing the many chest to bar pull ups this workout will require. Looking more deeply at the smashed bits of glass let’s us know that there will be a weight heavy enough to smash the illusions of the little people (me included) who’ve thrived to this point in the Open.

“The movement in question is CLEARly a heavy clean of some sort. Finally, the wire abundantly found in the picture bears close resemblance to the chain we will yank on our rowers. Since Dave posted this just after 1000 PT I give it as my fixed opinion that we will have a ten minute AMRAP of the aforementioned movements. God help us all.”

There’s nothing like a little banter when it comes to competition. But we’ll find out soon enough what the 20.3 Open workout entails later tonight following the announcement.

The 20.2 workout was a challenging one (Watch Annie Thorisdottir and Sara Sigmundsottir take it on) but we’re quickly moving ahead. And we’ll be sure to update with more information after the announcement, and you can find the details for how to watch here.

CrossFit fans were rather blown away when Mat Fraser went on a warpath against Dave Castro, on the Joe Rogan...

Dave Castro is posting mysterious clues on Instagram again, and that can only mean one thing. A CrossFit Games announcement....