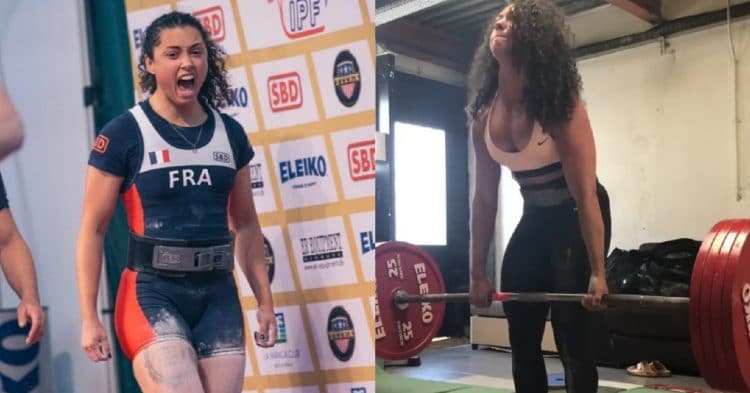 At every opportunity, young Lya Bavoil never ceases to amaze. Most recently we got to see the French powerlifting phenom in action again, scoring a massive deadlift.

Despite her young age of 26 years old, Lya has already established herself to be one of the top powerlifters in the world, particularly in European circuits. She has shattered world records, both officially and unofficially, as well as won the European Championships last year. As far as -63kg athletes are concerned, she is about as elite as they come.

Further proof of this was on display recently, with a post from Lya Bavoil, to her Instagram. Here she can be seen tearing through a gigantic 485lb deadlift. For those not keeping count, that is an amazing 3.5x her bodyweight, but she still manages to pull the weight smoothly.

You can feel the tension in the room, as Bavoil paces back and forth, eyeballing the barbell. Then she lets out a scream of anticipation, steps to the weight, and hoists it in a slow and steady fashion. It was by no means an easy lift, yet she managed to completely ace it, which clearly makes her excited.

Lya has been working more than just her deadlift game, too. Here she is, a few days earlier, getting in a solid squat session in her home. She manages to handily blow through two reps of a strong 441lb lift, with the level of control and technique we have come to expect from such a talented young lady.

With everything that is happening in the world, it is unclear when we will be able to see Lya Bavoil in action again. Nevertheless there can be no denying that when that time comes, she will live up to expectations. Her levels of growth in recent months have been off the charts during training, and it will be fascinating to see how that translates in actual competition.