Powerlifter Lya Bavoil surpasses a goal that she has been working at for a while, with a monstrous 507lb deadlift 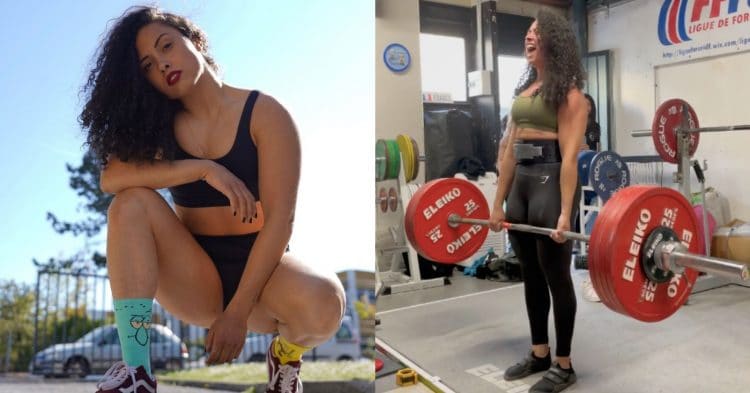 If you’ve ever hit the weight room consistently, then you understand the exhilarating feeling of hitting a goal that you have worked on for a while. This was the emotion that Lya Bavoil felt after scoring a massive deadlift in a recent training session.

At just 27 years old, Bavoil has become one of the best athletes to compete in the 63kg division. She holds numerous wins in competition, and more than a few world records on top of it.

As an athlete her skills are enough to garner respect from her fans and contemporaries alike. However the more you get to know this talented young powerlifter, the more inspirational she truly becomes.

That being said, Lya Bavoil had been stuck with her deadlift for a while. She had spent many months trying to work up to a 500lb pull, but no matter how close she got that number seemed to always elude her.

Well, that was until recently, as she was finally able to score this goal that she had been trying for a long time to reach. A post to her Instagram shows a recent training session, where she was able to deadlift a whopping 230kg (507lb).

It is clear to see just how much this meant to Lya Bavoil, just by looking at her overjoyed reaction upon scoring the deadlift. This was a feeling that many people who have broken through a barrier that they have been fighting with for a while can understand.

As far as the lift goes, it is unclear exactly what Lya weighed while doing this deadlift, and how close she was to competition weight. That said, after just the slightest bit of a fight, she was able to pull the weight and land this personal best.

If you had been following Bavoil on her social media, you would have seen that this was coming, too. The last few weeks have seen her working towards this, with her even scoring a 205kg (452lb) deadlift triple just a week prior.

The last time that we saw Lya Bavoil compete was at the FFForce Test Match Eleiko in February, and it is unclear when we will be seeing her on the platform next. With that in mind, it seems safe to assume that whenever this French phenom competes again, fans are in for a huge treat.