What an unbelievable feat of strength weighing just 56kg/123 lbs! 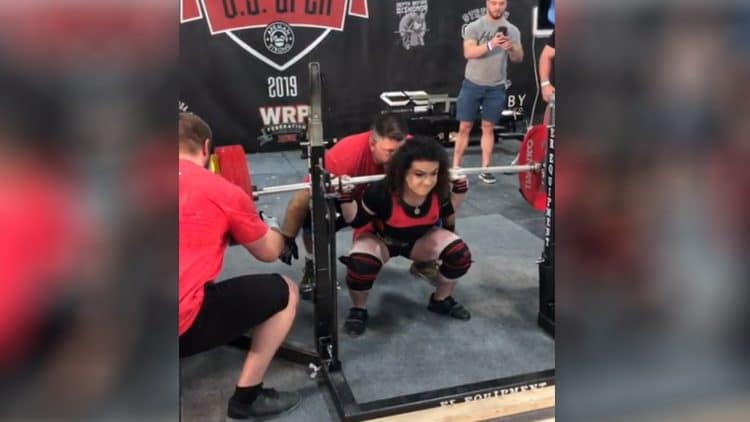 Mariana Gasparyan is really something from out of a comic book… breaking three all-time world records and setting a 720 Wilks score. Her biggest and most impressive lift came when she squatted 4.6x her body weight at only 56kg/123lbs… and there’s no mistake there!

But that’s not all she did this past weekend. She took to the stage at the Kern US Open and absolutely dominated the competition with her other record lift being a 132kg/292/lb bench press, followed by a 220kg/485 lbs deadlift (Non-record lift) which put her at a 612kg/1,350 lbs total.

So, her squat, bench press, and total earned her the three world records and then came the deadlift which would push her to the 720 Wilks score.

But quite possibly the most exciting aspect of Mariana Gasparyan’s performance was that she dropped her weight to 123 lbs after competing at 132 lbs for so long. And this meant she would compete directly with Stefi Cohen, who is a legendary powerlifter.

But, Gasparyan won this battle.

Check out her incredible lifts below:

There are few people in the sport of powerlifting with the type of resume that Marianna Gasparyan has built. Now...

Weights? What are those? Sometimes in CrossFit all you need is yourself to push your limits. CrossFit Bodyweight Workouts are...

In preparation for the Kern US Open which is set to take place on Saturday, April 27th through Monday, April...