Mark Henry is vocal about the phenom's steroid use. 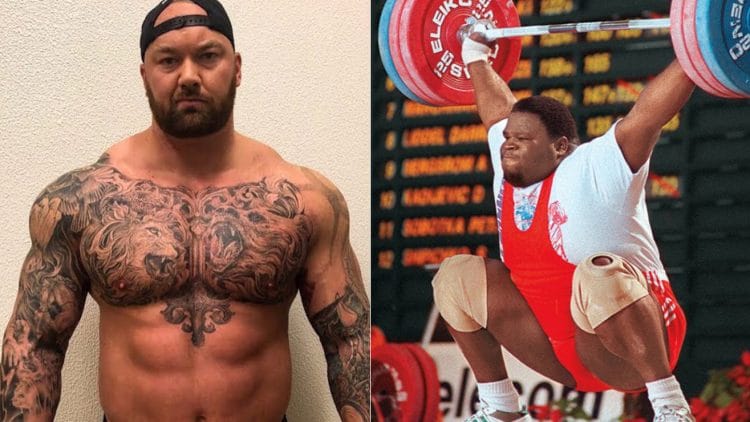 Mark Henry can boast more accolades than many, being a WWE superstar and strength sports legend. But, Hafthor Bjornsson can say the same being the World’s Strongest Man and winning nearly every major Strongman show in the past few years.

Now, anyone who’s really knowledgeable about elite sports competition knows that steroid use is rampant and honestly… even necessary to level the playing field (Especially when it comes to strength sports). But, Mark Henry claimed to be a natural lifter during his competitive days and is vocal about “cheaters”.

When Henry was asked about the Bjornsson’s admittance of past steroid use in an interview with Luke Thomas… well, let’s just say he wasn’t in favor of using drugs in drug-free competition.

Mark Henry then explained that he’d take any drug test and he wasn’t concerned about failing because he would never cheat anyway. He said that between 1992 and 1996 he took twenty-three drug tests because he knew he was clean and never had to cover up anything.

“I said that I would take a drug test for anybody who wanted a drug test, and I quote, I got enough pee for everybody.

He then explained how he knew people were juicing because of physical characteristics acne, balding, gynecomastia, etc…

“I knew people were dirty and plus I’m not blind, I can see people, I know with the acne and the skin turning purple, and blue and green, and there’s a bunch of tall tale signs that people are taking drugs.”

But Mark Henry was disgusted with the Olympic Committee as people were cheating all over the place but nothing was ever done to make sure all athletes were clean. This is one of the reasons he says he’s stopped competing.

But the biggest bone Mark Henry has to pick is that he was drug-free and set multiple records but thanks to the dishonest people and lack of crackdowns on steroid use, he will never get the acknowledgment that he could have.

“I would be revered as the strongest person that ever breathed oxygen if people didn’t cheat. and still, a lot of those guys that have cheated still haven’t been able to do all the things I’ve done”.

The interview ended with a question about the future of Strongman, Hafthor Bjornsson’s steroid use, and what this means for his reputation… Well, Mark Henry believes that it’s wrong to lie about being clean and somehow manage to pass a drug test when you’re really not “drug-free”.

“I don’t think I’ll be cheering as much for the people who are liars and cheaters.”