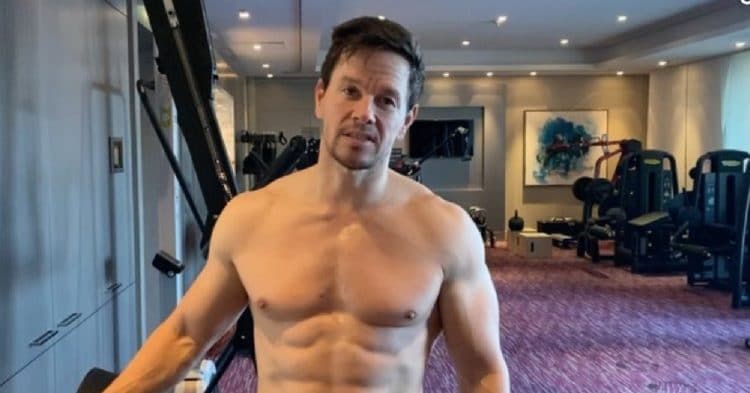 It is no secret that Hollywood megastar Mark Wahlberg is a bit of a fitness nut. This was reflected completely when he took fans on a tour of his home gym and his fridge.

Wahlberg is regularly seen taking roles in big action films, requiring him to be in tiptop shape. He has even garnered a reputation for his extreme discipline, notably getting up at 4 am to workout. Not to downplay the impressive nature of his devotion, but when he has the home gym set up that he showed recently to Men’s Health, it takes some of the edge off of training that early.

Mark Wahlberg On Training At Home

With everything that has been going on lately, Mark Wahlberg has had the ability to relax a little on his training. That being said, he explains that the type of training he does depends on what role he has scheduled. He adjusts his training according to the physique he needs to represent a role.

“I train for whatever my next role is, or whatever I’ve got to do for what. That’s kind of the program.”

Right now, Wahlberg is working on just maintaining the physique he has. This way be does not have start over when it is time to get back into the swing of things. Of course, right now this is a bit easier to do.

“With everything that’s been going on, I’ve been getting in the gym about 10 o’clock,” Wahlberg said. “I train five days a week. I work Sunday, Monday, Tuesday, rest Wednesday, work Thursday, Friday.

“(I do) 40 seconds on, 20 seconds off. I actually end up doing less work, but a much higher intensity, and less rest. That’s where your really getting the heart rate up, and burning a lot of calories.”

Wahlberg says that he always stays hungry and motivated. He explains that it is important to train properly to avoid injury. Keeping yourself healthy is important, and the only way to do that is by training smart.

Mark Wahlberg explains that he initially started a planet-based diet about four months ago, planning to do it temporarily. However he has been hooked ever since, and brought the family (and even the dog) on board. Neatly organized, he has shelves of workout mixes and protein bars, but his new favorite thing is hummus.

Lucky for Mark, he is able to have a chef on hand, quarantining with him. The pair revel in the fact that he used to eat tons of animal meats, but he is now eating nothing but plant-based things.

“It used to be eggs, sliced meats, chicken. That’s all gone. I was eating seven meals a day of all protein, I just couldn’t process the protein. Now, I feel great.”

At the end of the day, few people have the type of luxurious setup that Mark Wahlberg is able to have. However once we finish wiping the drool off our chins from the jealousy, we can take a second to appreciate the core values that he teaches. He shows that dedication and focus is the key to achieving whatever fitness goals you have.