Hulk Hogan Says That He Would Like To Workout With Ronnie Coleman At His Home Gym, Regardless Of What Critics Think 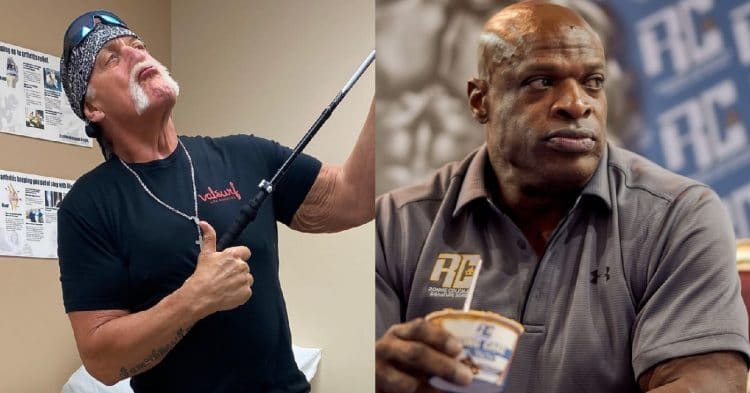 The budding relationship between Hulk Hogan and Ronnie Coleman is becoming one of the best things in sports right now. Recent remarks see the pro wrestling legend tearing into the critics, and offering to train the bodybuilding great in his home.

It was a bit surprising to see Hogan call out Coleman as one of his heroes. The two have a lot in common, in that they were both unbelievable jacked at one point, but have since struggled immensely with their physical health, resulting in an insane amount of surgical procedures being performed. As a result, Hogan felt connected to Big Ron, drawing inspiration from how the bodybuilder can push past these physical struggles to still train and have an active lifestyle.

Now it seems that Hulk Hogan is further extending his offer to Ronnie Coleman. Taking to Twitter he responded to the offer that the Mr. Olympia made for the pair to train together (and maybe wrestle), saying that the pair could workout in his extensive home gym. Moreover, the 66-year old had some choice words for his critics who had something to say about them working together.

“For all you Johnny come lately bodybuilders or gym owners,this is between me and Ronnie Coleman and it’s going down at his or my house so BUTT OUT!!! HH”

For all you Johnny come lately bodybuilders or gym owners,this is between me and Ronnie Coleman and it’s going down at his or my house so BUTT OUT!!! HH

Coleman and Hogan have been flirting with the idea of doing a “Geritol Match” which could be fun to see. Unfortunately it would have to be a slow paced match, as both men are in shaky condition, after having a ton of back surgeries. Regardless, it seems they have a ton of respect for each other, and are interested in working together.

When it comes down to it, both Hulk Hogan and Ronnie Coleman have had similar paths in life, albeit in different fields. It has been fascinating to see them develop the friendship that they have started. Who knows how far this can go.