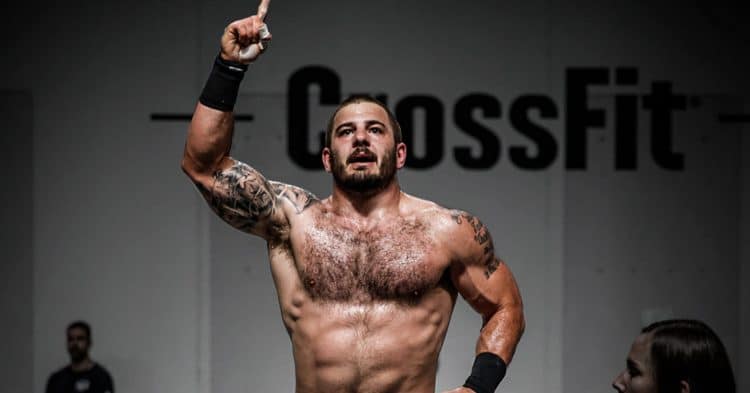 Mat Fraser the Five-time Fittest Man on Earth® is arguably the most decorated male athlete in the CrossFit sports. Today, in a humble Instagram post, the CrossFit hero hung up his competition schedule and retired from the sport. In his post, Fraser noted the extensive lifetime achievements he’s earned in the sport, including best friends and a wife.

“Like so many others that wandered into a CrossFit Gym, I wasn’t expecting to find my best friends, business partners, wife, and countless life lessons, and 5 gold medals.

Today I leave the sport older, wiser, fitter, and grateful.

I look forward to remaining a part of the CrossFit community, I just won’t be doing it from the competition floor any longer.”

It’s not been long since the announcement came, but the CrossFit community has already begun to respond. Fellow elite competitors and inspired athletes all over the globe have commented on his post. The word “legend” is appearing a lot.

Patrick Vellner from Canada, who placed ninth in the 2020 CrossFit Games and did not make it to the Finals, was one of the first CrossFit athletes to compliment Fraser as a friend.

“It’s a privilege to compete next to you and call you a friend. No one deserves some time off more. Looking forward to catching you on the sidelines and watching you crush whatever comes next. #FRA5ER”

“The best to ever do it. Mate it was an absolute pleasure to share the competition floor with you and to watch you set such an incredible standard in the sport. You will be missed but best of luck.”

Film director and writer Heber Cannon has produced “Froning: The Fittest Man in History.” He wrote to Fraser as well,

“Mat. What a ride. Thank you for inspiring all of us to be our best, to rise to the top, to put on blinders and focus like a lunatic on the most important goals in our lives. Thanks for letting us document part of the journey. I’m excited for the next chapter, as I can only imagine this book isn’t completely written. #hwpo #fra5er”

Good luck on the next chapter in your life Champ.

In 2009, he won a Junior National Weightlifting Championship title at 19. During a clean pull that year, he sustained a back injury that became worse after a squat. It almost ended his career.

He always worried that injury would come back to haunt him during his CrossFit journey. Between 2010 and 2011, he was a resident athlete in the Olympic Education Center learning to become an elite athlete. His time with Olympic weightlifting would ensure a natural transition into the CrossFit world.

By 23, Mat Fraser began his CrossFit Open journey.  It was 2013. His first finish was 192nd place. By 2014, his determination took him up 185 ranks and he placed in seventh. 2014 he made it into the Finals and placed as the runner-up to then four-time Fittest Man on Earth ® winner Rich Froning.

In his entire CrossFit career, he made it to the CrossFit Games 7 times, and never finished worse than second in the Finals.

Other wins for Fraser include the 2019 Dubai CrossFit Championship, the 2019 Rogue Invitational, and the 2020 Strength in Depth competition.

He’s just started a podcast with Josh Bridges and Sevan Matossian and they have just released their fifth episode. The podcast remains unnamed, but is currently referred to as Josh Mat Sevan.

Fraser intends to remain an athlete, and strong and present in the CrossFit community. The only hat he’s hanging up now is his competition hat.

What is next for Mat Fraser remains to be seen, but we will definitely let you know when we find out.