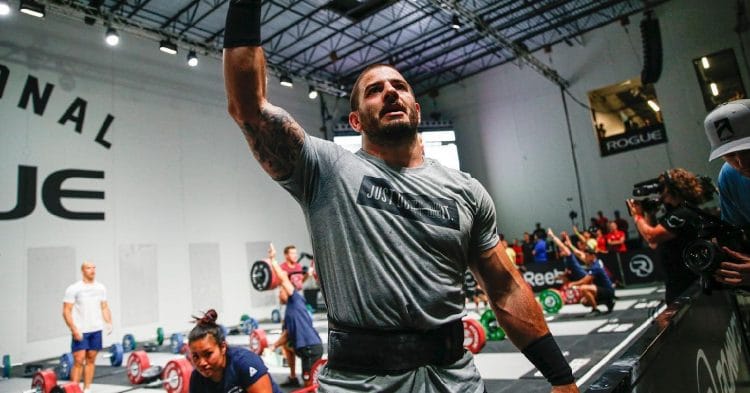 CrossFit founder and now-former CEO Greg Glassman came under fire over some controversial comments. Now the Fittest Man on Earth, Mat Fraser, has broken his silence on the matter.

The entire CrossFit community was in disarray after Glassman’s inappropriate tweets and emails became evident. Not only did CrossFit lose sponsors, but athletes and affiliates began to wipe their hands of the brand. This was a very direct result of Greg’s remarks about the current tensions throughout the U.S., regarding race.

Now, for the first time since this situation has developed, four-time CrossFit Games winner Mat Fraser has opened up and given his opinion on the matter. He took to Instagram to bash Glassman for his sentiments, making it clear that he does not agree with those opinions.

“I felt like it went without saying but I want it to be clear, I do not support Greg Glassman and I’m frustrated he’s at the helm of CrossFit. My intention with my previous post was to highlight the leaders in our community that are taking action, not to avoid addressing my disappointment. I’ve dedicated my life to this sport. I’ve become the person I am today through the lessons I’ve learned in training and competition. I do not attribute my successes (or failures) to the organization. –
I‘m grateful for those who have opened their gym doors to me over the years and supported me throughout my career. I’ve been fortunate to travel the world through this sport and appreciate the warm welcome from every gym, and their members. The community we have will survive this and it is not defined by one man’s opinion. I’m looking for change and my support will be given to those leading the way. #HWPO”

This emotion from Mat Fraser matches much of the same vibes being felt all over the sport right now. Fraser went on to say that that he will no longer be competing at the upcoming Rogue Invitational. However, this is because of an injury, rather than the current conflict.

“Missing the atmosphere and epic event by @rogueinvitational …I would have shared this earlier but with the current events, I felt it could wait. I’m bummed to be missing out on a opportunity to throw down with @tiaclair1 and the other athletes this weekend for the @rogueinvitational …I was nursing an injury from a few weeks back and while that injury is no longer a concern, it did hinder my preparation for this event.

It should be noted though, that since this post was shared by Mat Fraser, Greg Glassman has resigned from his position as CEO, with Dave Castro taking over the leadership role. It will be curious to see how much of this can be mended with the organization in new hands.