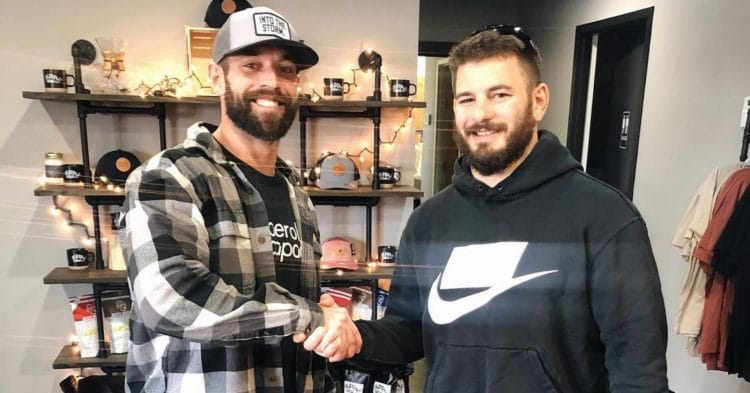 CrossFit champions Mat Fraser and Rich Froning reportedly had some sort of disagreement recently. Now it appears that this is all water under the bridge, and they have moved on from this disagreement.

The CrossFit community is one that is built on teamwork, and you would be hard pressed to find better examples of this than Fraser and Froning. Over the years they have each worked with various other athletes to help them improve.

Yet the last few years have seen a different tone between Mat and Rich themselves. Following Fraser’s ascension as Games champion, and his later successes in defending the throne, a rift has formed between the two stars.

This got taken to a new level recently, with Mat Fraser saying that he and Rich Froning had not spoken to each other in two and a half years. Moreover he said that he felt excommunicated by Rich’s Team Mayhem and did not know why.

Rich heard the accusations made against him by Mat, and decided to respond. Speaking in an interview, he fired back at Mat and the claims that  they had not spoken.

“The fact that he says we haven’t talked in two and half years is a boldfaced lie as well, because we have talked a couple of times,” Froning said.

“You know we’re not best buddies but I would have said we were friends before that. Like I said, we were never going to be best friends, we don’t have a ton in common.

“But it is what it is and like I said it’s unfortunate, it’s just crazy to me that it’s on a podcast, and all this stuff.”

However it seems that shortly after all of this came to light, Mat Fraser and Rich Froning were able to settle their differences. It began with a post to Instagram from Rich, of the two shaking hands, with the following caption:

This was confirmed by Fraser to mean that the chapter was closed on their beef. He shared the same picture of the pair, confirming that they did indeed bury the hatchet.

“We’re good. Apologize were made. Hatchets were buried. Time to move on”

It is not exactly clear how much of this dispute was personal, and how much it was just an athletic rivalry. Either way, it is good to see that both Mat Fraser and Rich Froning are able to move on from this drama.