After dealing with an Achilies injury for a while, Big Loz has revealed that he is going to be making his comeback in 2021 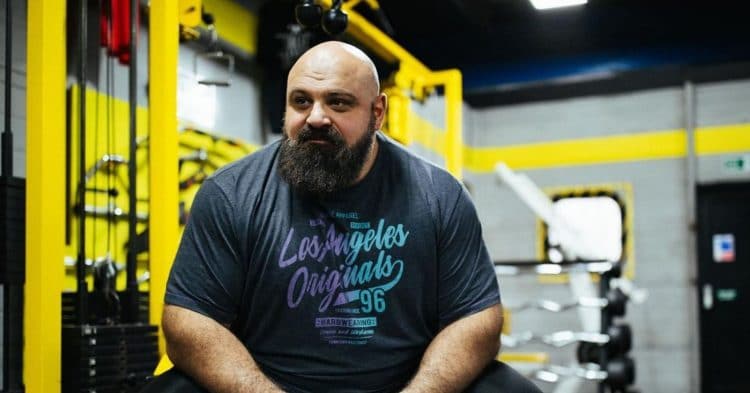 Laurence Shahlaei, a.k.a. “Big Loz” is one of the most popular strongman athletes of all time. Now he is going to be making his return to competition, as he announced recently.

The last time that the UK’s Big Loz was seen competing was in 2019. He took part in that year’s World Strongest Man, but did not make it to the finals, with Martins Licis winning the contest.

A big part of the reason that Shahlaei could not make it further in the 2019 WSM was because of an injury he suffered during the first day of the competition. While doing 595kg yoke, he unfortunately ruptured his Achilles tendon.

Since then, Big Loz has been on the sidelines, taking his time to recover. While he has stayed busy outside of competition, fans have been wondering when he may be healed back up to the point where he can compete again.

Now it seems that we know that answer. Speaking in a video on his YouTube channel, Loz revealed that he will be looking to make his comeback to competition, having already signed up for the 2021 England’s Strongest Man.

“Obviously with what happened at World’s Strongest Man and picking up the injury, there has been a little bit of a bitter pill there, it’s not really how I wanted to go out,” Loz explained.

“I feel like I’ve got to prove to myself whether I can still do this or not. So I’ve entered the Giant’s Live England’s Strongest Man this year.”

“I needed to focus on a goal for myself so I thought I’d enter the online qualifier, just as a bit of fun to push my training partners,” he added.

“I felt like firstly I’d be a good sparring partner for them, something for them to try to aim for and beat. Also, this is a way for me to test if I’m still good enough.”

Big Loz goes on to explain that he has no interest in trying to be a full-time strongman anymore. That is why he chose to take things slow and test himself, rather than just enter the contest on his name alone.

Even with this comeback, Shahlaei plans to take things slow and not go all out to prepare. Regardless of how long he competes, or how he looks, fans are just going to be excited to see him back and healthy after the way his last contest went.