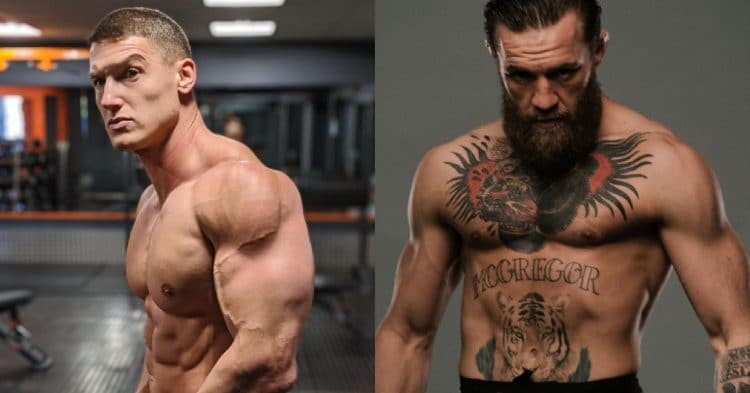 MattDoesFitness, a.k.a Matt Morsia, is a YouTube bodybuilder, known for trying different fitness challenges. This time, he gave the diet and workout program of UFC superstar Conor McGregor a try.

Morsia has a love for fitness, and always enjoys trying new things. His YouTube channel has almost 1.5 million subscribers, who love to watch him try crazy things. Therefore it makes sense that he found the idea of testing himself against the diet and workout of Conor McGregor to be a good choice.

So Matt took to YouTube, where he decided to give it his best shot. Apparently he was able to do enough research on the former UFC two-weight world champion, to figure out how he eats and exercises on a usual day. Obviously Morsia will not be doing the combat sports specific aspects to his day, but he gets to work on the rest of the training of the Irishman.

Apparently McGregor starts the day off with stretching and drinking water, as well as an Americano, so Matt follows suit. Then it is on to Conor’s first workout of the day, a 30min cardio session. Typically it would consist of skipping rope, light jogging, and some stretching. However, Matt struggled with the jump rope.

After the morning workout, McGregor would then move on to breakfast. As Matt explains, this is made up of avocado, eggs, and apple with peanut butter. Not only that, but his wife made him some lf McGregor’s Peanut Butter Energy Balls, made with flax seeds coconut flour, peanut butter, and chia seeds. However, those are for later.

For now, Matt prepares for his second workout of the day. McGregor does not use pre-workout, instead opting for a snack of strawberries and an apple to fuel this session. After eating this, he warms up some stretching, and various mobility walks. For Conor, a big part of his style is based around movement, which is where this training comes from. Although Matt does not believe it.

“Conor McGregor does not do this,” Morsia joked.

After the warm-up, Matt begins the full workout. Conor McGregor usually does bodyweight exercises during this session. He does 1-minute reps for 5 sets of the following exercises;

Following these exercises, Conor will usually have some coconut water to rehydrate, as well as those Peanut Butter Balls from earlier. Then when he gets home, he prepares a lunch of chicken, rice, corn, and greens, as well as some flaxseed for good measure. This was a meal that Morsia highly approved of.

Matt does not really do much more in the way of Conor-specific exercises, as this is usually when MMA training comes into play. However, he did choose to enjoy some dark chocolate, alongside some of Conor McGregor’s famed Proper No. 12 Whiskey. Although he admits that he is not much of a whiskey fan.

Matt Morsia ends the day with a dinner of cod, a sweet potato, green beans, and kale. All in all, he felt that the meal plan was pretty solid. On the other hand, the workout plan seemed rather tame from what you would expect from a world-class athlete, such as Conor McGregor, likely due to the missing training.

The 10 Strongest Women To Ever Walk The Earth