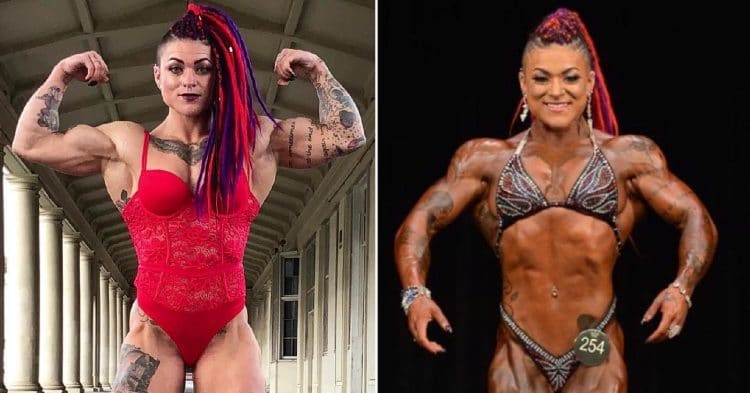 The bodybuilding world has been struck yet again, with another person taken from this world far too soon. Former bodybuilder and IFBB Pro Megan Elizabeth has sadly passed away.

Elizabeth, who’s real name was Megan Marshall, was a veteran of the US Navy, who found herself interested in bodybuilding in 2013. She built up a physique that was solid enough to earn her an IFBB Pro Card, after she won the NPC Junior USA Championships in 2018, four years after she started competing.

Sadly it appears that Megan has tragically passed away at the age of just 28, according to a social media post from her mother. At the time of writing, no cause of death has been revealed for this tragic loss to the fitness and strength sports world.

“It is with the heaviest of hearts that Chuck and let you know that we said goodbye to our beautiful Megan yesterday. We have had many reach out after seeing other posts. We will let you know about services after we have some time,” wrote Megan Elizabeth’s mom.

“Megan has been taken from us sooner than any of us were ready for, and as parents our hearts hurt and are broken. We now have another angel in Heaven to watch over us. Megan will join my Mom and my sister and her MawMaw. Soar high Miss Mighty Mouse! We love you always”

It is with the heaviest of hearts that Chuck and I let you know that we said goodbye to our beautiful Megan yesterday….

At the time of her passing, Megan Elizabeth had stopped competing as a bodybuilder some years earlier. So it should be noted that this is far from the same kinds of situations that have been plaguing the bodybuilding community with deaths over the last several weeks.

However before she stopped competing, Megan seemed to be on track to be a very successful competitor. She started her competitive career as a Figure athlete, but switched to Women’s Physique by the time she earned her Pro Card, and appeared to have a lot of potential in that division.

While it had been some years since she decided to walk away from the sport, Elizabeth still clearly had some love for bodybuilding and what she was able to accomplish. She even reflected on her brief time on stage, with a post to her Instagram a few months before she passed away.

Fitness Volt would like to offer our sincerest condolences to the friends and family of Megan Elizabeth. This is a truly tragic loss, and she will most certainly be missed.

Steve Kuclo and Sergio Oliva Jr. Are Jacked 4 Weeks Out Of 2021 Arnold Classic