American Gladiator legend and bodybuilder Billy Smith, AKA Thunder has passed away days before his 57th birthday 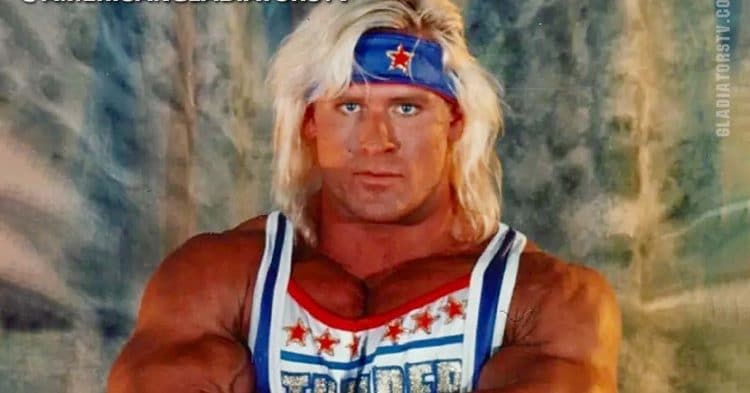 Lately it seems as if the bodybuilding community can not go a whole week without some sort of tragic death for one of its members. This time around, it was William “Billy” Smith of American Gladiators frame who has passed away heartbreakingly early.

Known by his nickname of Thunder, Smith did not spend a ton of time competing as bodybuilder, but was fairly successful nonetheless, winning the Gold’s Classic and coming in third at the 1985 National Championships. Shortly after this, he was scouted for a role on American Gladiators, where he participated from 1990-1992, growing to fame as a part of the cast.

Sadly reports have come in to indicate that Billy has passed away at the still early age or just 56, less than a week before his birthday. At the time of writing no cause of his death has been revealed, although his passing has been confirmed with a post to the American Gladiators Twitter page, where they offered condolences to his friends and family.

“It is with great sadness we report the loss of #AmericanGladiators legend and bodybuilding superstar William ‘Billy’ Smith aka Thunder. Our sincere condolences are with his family & friends,” they wrote.

It is with great sadness we report the loss of #AmericanGladiators legend and bodybuilding superstar William ‘Billy’ Smith aka Thunder. Our sincere condolences are with his family & friends #RIP pic.twitter.com/mmcd1TPtil

This is far from the only death that has struck the bodybuilding community over the last several weeks. Thunder joins a list that seems to be growing exponentially, of athletes within the sport who have lost their lives way too soon.

As far as his presence as a bodybuilder goes, Billy Smith competed for just over 12 years, starting off with his first show at the age of 17, and winning 24 times. He then took a hiatus from the stage for about a decade, before returning for one last contest in 1995, where he scored fifth place at the USA’s.

Aside from bodybuilding, Billy also kept himself in phenomenal shape by doing martial arts for several years. Of course, this helped with his persona as Thunder for his time on American Gladiators, which is also where he met his wife.

This is a truly sad death, which comes from a month of heartbreaking news within the sport. It seems that Billy Smith was a beloved figure during his time on American Gladiators, where he appeared to bring entertainment to many, even if his time spent on the show was short lived compared to some others.

Fitness Volt would like to offer our most sincere condolences to his friends and family during this difficult time. He will surely be missed.