Mel Gibson Lost Over 30lb In 8 Weeks, All Because Of A Chance Encounter 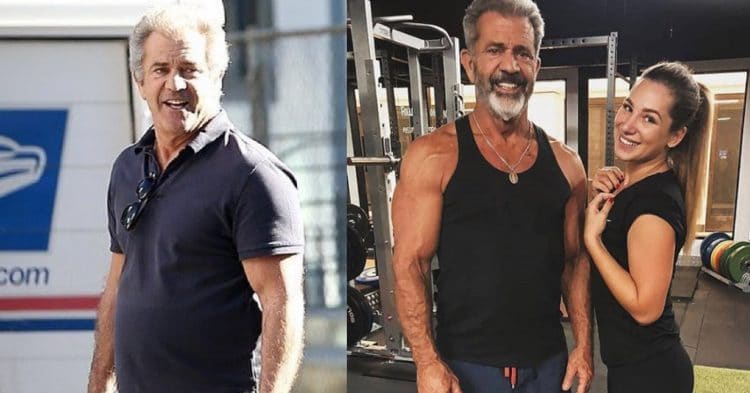 Like most of us, as Mel Gibson has gotten older it has become more difficult to manage his weight. However a chance encounter he had changed his perspective on fitness, and led to him losing a pretty solid amount of weight.

At the peak of his career, Gibson was one of the most popular action stars in the world, starring in films like Braveheart and the Leathal Weapon franchise. Even in his more recent films, he has returned to the action genre. Of course nowadays, the types of stunts and physically demanding work that comes from this films is a little harder for Mel to produce.

Another thing that became harder, as the 64-year old Mel Gibson got older, is the ability to maintain his weight. His metabolism slowed down, like it does for anyone, and his midsection began to become a little bigger. However a video has been making the rounds recently, showing that just a single interaction was able to change his views on diet and fitness, and gave him the ability to lose the weight he had been struggling with.

As the story goes, Mel was eating alone at a restaurant, when he noticed Samantha Jackson, also eating alone. The two began to strike up a conversation, which eventually led to Gibson telling Sam that he had been having trouble losing weight, and had been dealing with feeling sluggish and tired. This was something that Jackson, who happened to be a fitness coach in Australia, felt that she could help him with.

“I said ‘Give me eight weeks with you, I’ll get rid of it.’ I told him I’d teach him how to eat properly, and coach him through it,” Sam said.

So Jackson did begin to work with Gibson, and things began to change. In just eight weeks, the Hollywood star lost about 30lb and took ten inches off of his waistline. Moreover, he says that he feels better overall, now that they have started the process.

“All my clothes fit, my back doesn’t hurt anymore. I started sleeping better, and it was pretty miraculous really. So I feel good,” Gibson said. “I’ve got more energy to work out. It’s just my overall, pure health is better. I may live longer.”

The basic breakdown of the diet involves a rigorous meal plan, which Sam designed. Moreover, the pair stay in constant contact, to ensure that Mel is following the plan accordingly. The goal is to minimize the visceral adipose tissue in his body, which allowed him to drop the weight, while still looking healthy.

It is good to see that Mel Gibson found something that works for him, and his nutritional needs. The older you get, the harder this type of thing is to do. However, he showed some serious discipline, which led to solid results.