Mercury-Morris Claiborne Loses His Life Just Before His 60th Birthday 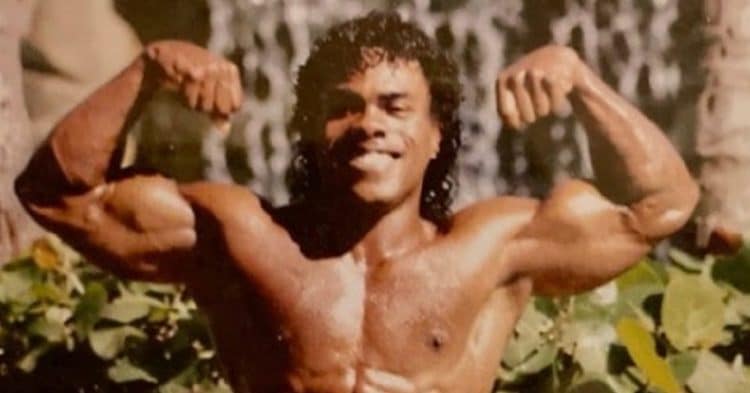 The bodybuilding world has experienced loss yet again. This time it comes in the form of Mercury-Morris Claiborne, a bodybuilder, and trainer who passed away just two days before his 60th birthday.

As an athlete, Claiborne was successful but never made past the NPC level. That being said, he was still able to earn success, winning the NPC Nationals in 1989, and earning 2nd at the Mr. Universe in 1992. However he real passion was in training bodybuilders, which he would do when he began training people out of his home following the end of his competitive career. He would work this role as a personal trainer for many years, finding joy in helping others with their goals.

Unfortunately, Mercury-Morris Claiborne has passed away at 59 years old. According to an obituary following his passing, a horrific stroke left him as a quadriplegic, and unable to speak. After fighting for 10 years, he ultimately passed away in his home, finally getting relief from his pain and struggles.

Mercury-Morris was a born leader and this was displayed as he was class president during his junior year in high school and was elected student body president in his senior year. Embracing his passion for sports, he also became a lettered athlete in football and track & field.

As life progressed, Mercury pursued a career as a personal trainer to many. He ran a ’boutique gym’ out of his home. Since the age of 19, he had been a bodybuilder and later competed in the Mr. Universe contest, representing the United States in Paris, France in 1990.

Mercury-Morris became an avid motorcycle enthusiast…owning everything but a Harley. Suzukis, Hondas and a Ducati…he had them all. But most importantly…he was a child of GOD. He accepted Christ at Valley High Baptist Church, where the pastor encouraged him to use his gift and pursue the ministry. It was there that his love for God was deepened and spiritual gifts were nurtured.”

“In tears we saw you sinking, we saw you fade away. You suffered much in silence, you fought so hard to stay. You faced your task with courage, your spirit did not bend. But you still kept on fighting, until the very end” and on Monday, August 17, 2020; while in the comfort of his home; Mercury-Morris was taken by our Lord, after a near 10 year survival, from a debilitating stroke that left him a quadriplegic without the ability to speak.

“God saw you getting tired, when a cure was not to be, so he put his arms around you; and whispered “Come to me!”. So when we saw you sleeping, so peaceful, free from pain. We could not wish you back, to suffer that again. In God’s own time, we will meet again.” Mercury is lovingly survived by: his mother, Dorothy; his father, Morris; his sister Theresa; his brother, Michael (wife, Tamra);  nieces, Madeson and Maisen; three uncles; two aunts; a host of cousins and a multitude of friends.

Loved and missed by all…

FitnessVolt would like to offer our deepest condolences to the friends and family of Mercury-Morris Claiborne. He seemed to have a positive effect on the people in his life, and will surely be missed.