3 Years After The Untimely Death Of Rich Piana, A Video Tribute Has Been Made To Remember His Life 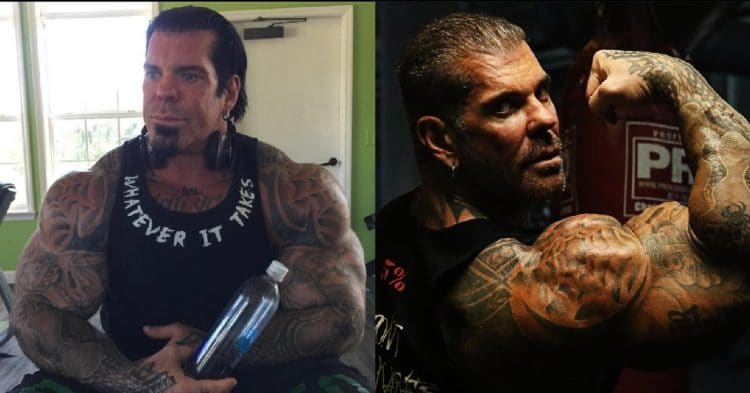 On August 25th, 2017 bodybuilding icon Rich Piana tragically passed away at the age of 46. Now, three years after his passing, a beautiful video has been released, in tribute to his life.

The bodybuilding world was stunned at the news of the death of Rich Piana. Albeit controversial, Rich was undeniably one of the most recognizable and influential bodybuilders in the sport, and he left a huge impact on the world. He was known for his positivity and honesty, always helping people to grow and become one of the “5%” of people who achieve their goals at any cost.

The three year anniversary of the death of Rich Piana passed yesterday, and a video was posted to his YouTube to commemorate the occasion. It shows his memorial, as well as several clips of him talking about unity in the sport and showing his accepting personality. Then at the end, a compilation of athletes who are sponsored by 5% Nutrition, the company he started, show unity by reciting his catchphrase of “We’re all in this together.”

In addition to this touching tribute, the description of the video also contained a heartfelt letter to Rich Piana. Here they share the growth he has inspired, and open up about how much his presence is missed.

The world is just not the same without you, let alone the bodybuilding world. You would absolutely S–T if you saw the kind of year we’ve been having. There’s a godd–n pandemic going on worldwide! 2020 has just been insane

Would you believe us if we said that gyms were actually CLOSED for a few months?! Some places require you to wear masks everywhere, even in the gym! If you were here, we’d probably see you outside lifting cars as weights and small children as dumbbells.

We actually came out with 5% masks, and expos are almost non-existent. It’s unreal.

The world definitely could use your positivity at a time like this. The inspiration. The jokes. The pure motivation that you radiated all the d–n time. Can’t tell you how many times people say “I wish Rich was still here.”

You are seriously missed all the time, by everybody.

There is good news the 5% Mentality is still going strong, and only getting stronger. All the OGS preach it and all the newbies embrace it. We give them guidance from your own words in the things you used to say and do, still inspiring and motivating the world. Whether it’s in the gym, at work in personal battles or relationships.is applied everywhere. We’re all in this together. YOU did that, and nobody can take that away from you, or us.

We hope you’re resting easy, wherever you are and not turning over in your grave like some people assume you do sometimes, ha. We’ll continue to honor you and keep the legacy going and meanwhile if this is a thing and you’re really up there somewhere.keep watching over all of us

We love you. We miss you

There is simply no denying how much of an impact Rich Piana had, and how much he is missed. This tribute is an inspirational reminder of the legacy he has left behind, full of positivity and inspiration.