Annie Thorisdottir, Meredith Root, Neal Maddox, and James Hobart To Be A Part Of Athlete Advisory Council For CrossFit 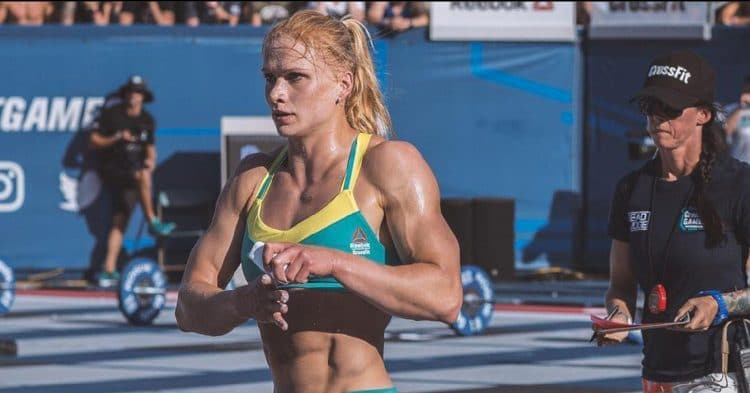 Since Eric Roza took over as owner and CEO of CrossFit, a ton of big changes have been imminent. One such addition to the sport will see fan favorite Annie Thorisdottir, as well as three other veterans of the sport, being a part of a council for athletes in CrossFit.

When Roza purchased the organization, he did so in a delicate time for the sport. Not only were affiliates forced to shut down due to the global health crisis, but a ton of concerning comments were revealed to have been made by the former owner Greg Glassman. This left Eric to pick up the pieces when he took over, which he has been seemingly doing a good job at.

It was revealed that the next step in rebuilding the sport comes in the form of an Athlete Advisory Council that HQ has put together, which will feature Annie Thorisdottir, Meredith Root, Neal Maddox, and James Hobart. This council will serve as a middle ground betweens HQ and the athletes. This allows for the four people to be ambassadors for the athletes and affilates, in regards to changes of the rules, judging disputes, and tons of other aspects of the sport.

“The CrossFit Games has grown into an ecosystem involving hundreds of athletes, judges, and partners. Working closely with those various stakeholders will allow our sport to reach new heights,” said Justin Bergh, General Manager of the CrossFit Games. “In addition to speaking with individual competitors and groups of athletes, we’ve established the Athlete Advisory Council to tap into the deep experience of some of our most respected athletes. We have already begun engaging with them to make our first online/in-person event a success.”

This is a big step for CrossFit, as it gives the athletes a voice, through people who know the sport. Annie Thorisdottir is a two time winner of the CrossFit Games, with 11 qualifications for the Games in total. Both Neal Maddox and James Hobart have eight years each of their own Games experience, while Meredith Root has been coaching for five years. All in all, there are few people better equipped to handle this type of responsibility, giving the athletes a seat at the table to decide things in the sport.