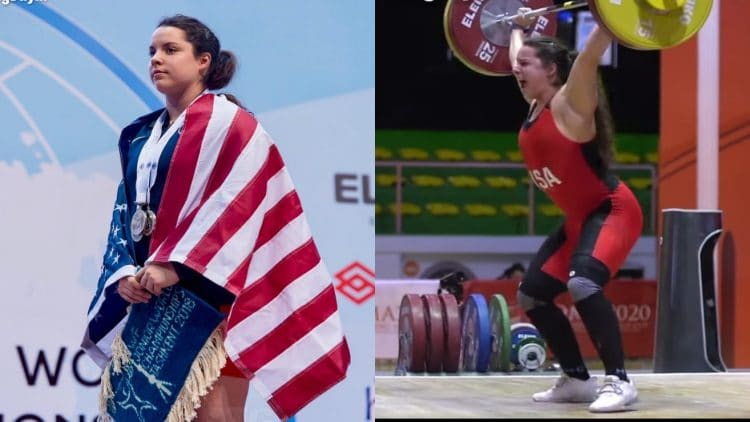 Meredith Alwine has been floating near the top level of weightlifting competition for a while. However she recently took things to the next level, with an excellent performance at the Weightlifting World Cup.

Alwine is one of the top up and coming –71kg weightlifters in the world, and has been for a while. She has competed among the best of the best, winning silver at both the 2017 Junior Pan Ams, and the 2018 Junior Worlds. The 21 year old phenom has proven time and again that she will have a bright future throwing around weights.

Alwine took things to the next level when she recently took the podium in Italy. She competed at the IWF Weightlifting World Cup, looking to capture that elusive gold medal. She finally was able to achieve this goal, winning in not just one, but all three categories.

These were her scores from the event:

Not only did Meredith Alwine score a clean sweep in the event, but she also scored a new competition personal record for her snatch. It was a super impressive performance, and feels like the start of her reaching a new level in her young career. Check out these videos of her lifts:

Alwine went 3/3 on her snatch, missing her last two warm ups. Therefore this third attempt to break her PR is all the more impressive. It is clear how stoked she was to hit it, as she can hardly contain her excitement, even with the barbell above her head.

When it came to the clean and jerk, Alwine actually missed her first attempt. However she came back with her second, hitting the 131kg marked she initially missed. Then she followed this up with a 134kg lift, looking smooth as butter. Honestly it seemed like she had an easier time with that one, than she did with her other two.

Congratulations to Meredith Alwine for capturing gold! It will be exciting to see how she looks at the Senior Pan Ams, later this year.