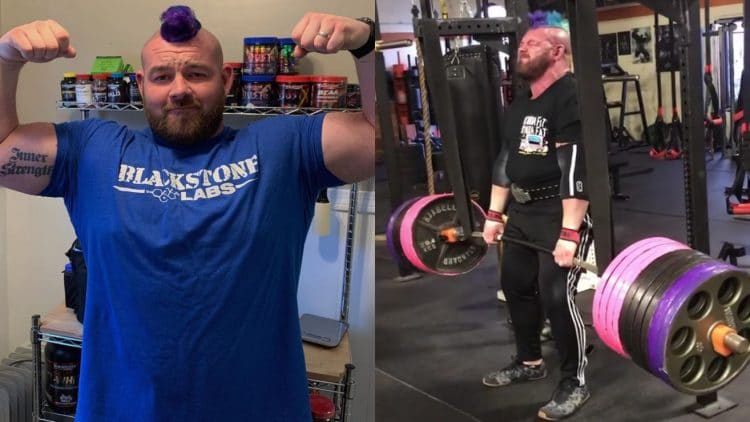 Rob Kearney likes to refer to himself as the “World’s Strongest Gay.” He backed up this claim big time recently, when he got a massive deadlift in the gym.

Kearney is the first openly gay strongman competitor. However, he likes to be know for more than just that, as he brings top-notch strength and skills to ever competition he enters. As a result, he has quickly become a true prospect in the sport, with many looking to see what the future will bring this young man.

These impressive skills were on display again recently, when Kearney was working on his deadlifts. He is working towards a big lift, and his next stop along the way was a massive 970lb lift. He shared a video of the impressive performance to his Instagram, and it is a sight to behold.

“Working on that big pull coming in a few weeks! Worked up to 970lbs (441kg) with reverse bands. Feeling strong and ready!!!”

Now sure, Rob Kearney did this deadlift using reverse bands, instead of doing it raw. Nevertheless, this is still a massive amount of weight to throw around. Although it can not be said that he did it easily, he managed to complete the lift in a technical, methodical manner.

Kearney is looking to compete at the 2020 Arnold Strongman Classic in March. With only a few weeks to go until that contest, Rob is really stepping his training up. He will be facing off against some of the best strongman athletes to ever compete. Therefore if he is lacking in any avenue of the competion, it could easily cost him big time.

Rob Kearney is certainly proving himself to be a formidable talent in strongman competion. With work like this, it will be exciting to see how he looks in Columbus.