Life and Accomplishments of Michael Lockett 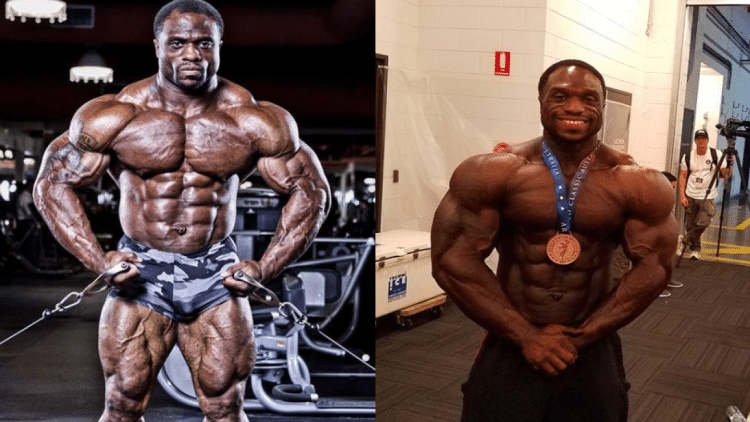 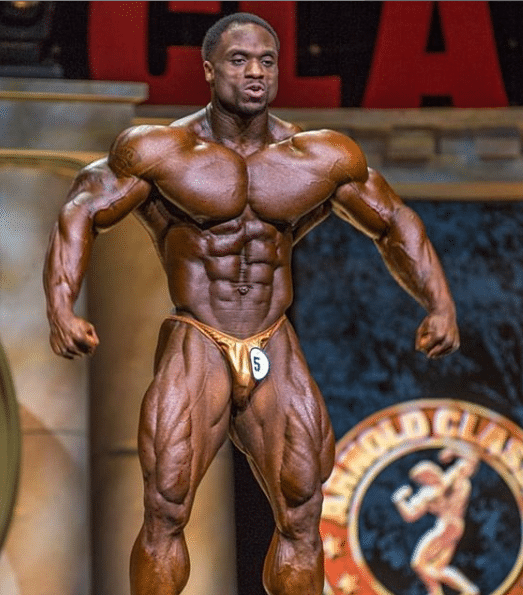 Michael Lockett is a bodybuilding prospect who has earned a strong reputation recently. This is his life story, background, diet, training regimen, and more.

Michael Lockett was born in Cleveland Ohio, growing up very athletic. In fact, he initially took part in boxing, under the tutelage of his brother. Additionally, he participated in football, track, and wrestling. However, his brother would go on to serve in the United States Army. This resulted in Lockett losing interest in boxing, and left looking for a new sport to participate in.

Lockett would be introduced to weight training by his sister, following the departure of his brother. He quickly became engrossed in bodybuilding, deciding to give the competition a try. So he would take the stage at the 2005 NPC Natural Ohio Bodybuilding Classic. Lockett would go on to impress the judges and win first place in the Junior Men’s Category. Moreover, because of the nature of the event, he was forced to submit a urine drug test after the event. However, he passed this with no problems, unlike some of his other counterparts.

Lockett would travel out of state for his next event, the 2005 NPC Bodyrock event. Again, Lockett would see success here, earning first place. This second victory would give him the confidence to try his hand at the enormous NPC Team Universe Bodybuilding Championships. 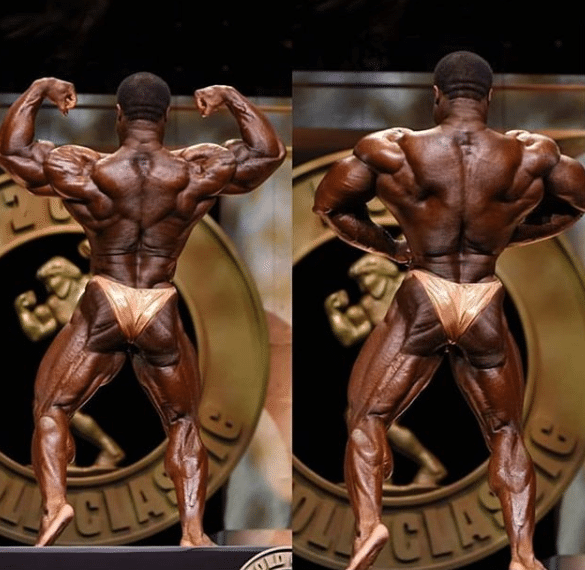 Lockett would attend this event in 2006, bringing a huge size, and incredible conditioning to the stage. This would led him to another first place, both in heavyweight and overall. Subsequently, he earned his Pro Card along with these titles.

However Michael would wait before competing in a pro competition. He would return for the 2007 NPC Junior Nationals, where he yet again earned first. Nevertheless, Lockett would take five years off from bodybuilding, for reasons unknown.

In 2013 Michael Lockett would make his return to the stage, competing at the NPC North American Championships. He went on to earn second place upon his return to action. Following this, he would sit out again, until the following year. Michael would return for the 2014 NPC National Championships, where he again earned second place. Nevertheless, he would begin to compete as a pro after that, and would hold a more regular schedule. 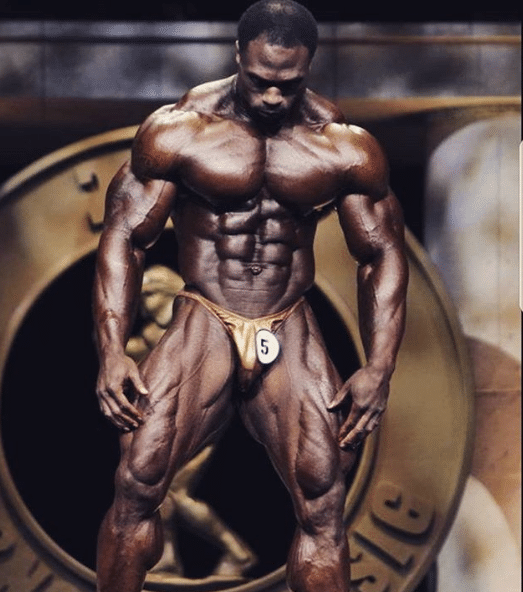 Lockett would make up for a lost time when he transitioned to a pro career as a bodybuilder. In 2015, he would compete in a total of four competitions. He went on to earn second place at both the Europa Orlando Pro, as well as the Chicago Pro. Following that , he scored 5th in the Tampa Pro, along with 4th place in the Texas Pro to close out the year.

This trend of increased activity would continue in 2016, starting with the Chicago Pro. Here, Lockett again earned second place. Then he then moved on to the 2016 Baltimore Pro, and Golden State Grand Prix. These competitions would see Michael score 3rd place and second place, respectively. Subsequently, he would then make his first attempt on the biggest stage, appearing at the 2016 Mr. Olympia. However, he ended up earning a lackluster 16th place in this showing. He ended the year with a rebound performance at the Lou Ferrigno Legac, scoring 4th place.

2017 would be Lockett’s busiest year to date. He competed at five different Arnold Classic competitions throughout the year. Additionally, he competed again at the 2017 Mr. Olympia. Unfortunately, this added experience did not increase his score on the big stage, as he would again earn 16th place. Subsequently, his pace would slow in 2018. His most notable performance was in winning the 2018 Chicago Pro, which would be his first time getting first place as a pro. Moreover, he earned an improved 15th place in the 2018 Mr. Olympia. 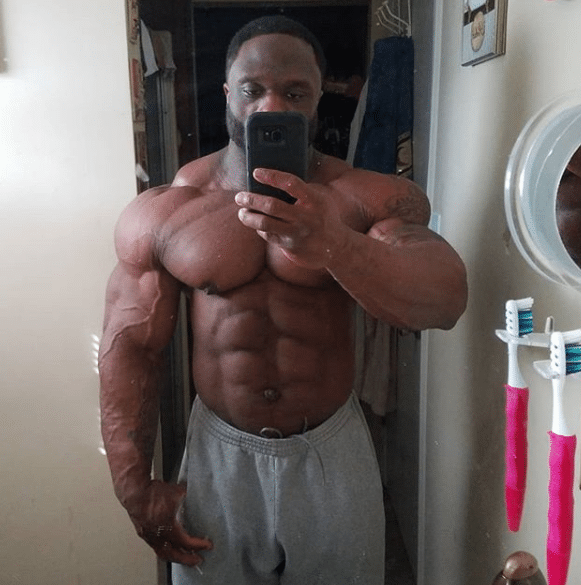 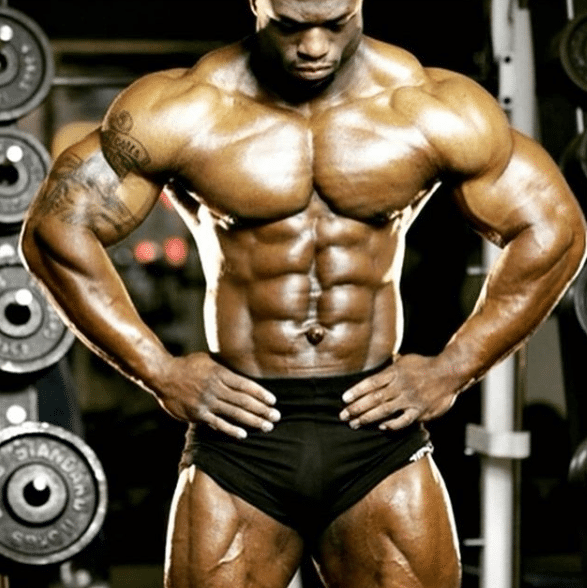 Lockett enjoys training with heavyweights, as he feels that it gives him the best results. Moreover, he has a very intense approach to his exercises. He utilizes compound movements, in order to work multiple muscle groups simultaneously. It is his belief that this helps him with both muscle hypertrophy and also his cardiovascular system.

As far as cardio is concerned, Lockett does not tend to focus heavily on this when not in competition. However, he heavily amps it up as he is preparing to compete, oftentimes doing cardio work around four or five times per week. Additionally, Michael favors the cable crossovers for his chest, as one of his most enjoyable workouts.

Not a lot is known about Michael Lockett’s specific diet practices. Although, he has made it clear that he is very strict with what food he eats, especially in competition. On the other hand, he has been known to splurge in the offseason, enjoying a few burgers.

As far as supplementation is concerned, Lockett does not use a lot. He will take his BCAAs, whey protein, and fish oils. This is what he believes provides him with the best results in training.

Lockett has yet to break into the elite of bodybuilding. However, his workload is daunting, to say the least. When he decided to fully spend his time competing, he put up a pace that is hard to match.

Despite having limited success on the big stage, Michael Lockett is one of the hardest working bodybuilders in the world. It just goes to show, that there is a value to getting your name out there.