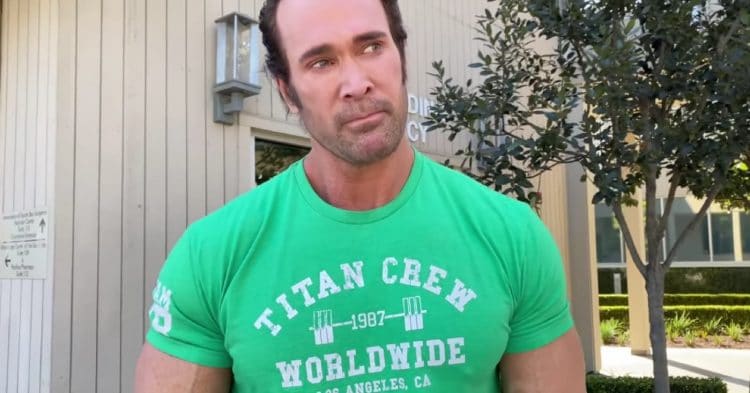 It is not often that bodybuilders open up about their emotions and personal troubles. However Mike O’Hearn decided to defy those typical stereotypes, by opening up about a recent medical procedure.

Without a doubt, O’Hearn is one of the most recognized faces in all of bodybuilding. He has been on over 500 magazine covers, and has made appearances on television and in movies over the years.

However he is more than just a model; Mike has the bodybuilding skills to back it up. In his prime, Mike won the Mr. Natural Universe an impressive four times, as well as several other shows.

Now Mike O’Hearn is getting older, and at 52 years old he has to put more focus into his keeping himself healthy. One of the ways to do that, is by getting a regular colonoscopy, as most men should at that age.

Taking to his YouTube channel, the bodybuilder gave fans a bit of an inside look at the preparation and aftermath of this procedure. He explained how his father died of colon cancer, and so he hopes to learn from his father’s mistakes by getting checked on a regular basis.

“This is not something to play around with. You guys and girls, you need to get checked, and I’m at that age,” O’Hearn said while preparing for the procedure.

O’Hearn explains that he first started getting the procedure regularly in his forties. He says that he is making sure to eat healthy and get sleep, taking care of his health to preserve his one life.

“I lost my dad because of ego. He didn’t get checked, he didn’t go in and stuff. It’s your health man. There’s no ego in it.”

After that, Mike O’Hearn heads to the hospital for the colonoscopy, where he immediately cuts to him hugging his girlfriend after the fact. He is clearly emotional after the process and still a bit groggy from anesetia.

He begins to get teary eyed as he describes the feelings of being worried about his health. However he says that things look good so far, in terms of his colon health, and that he is doing all he can to stick around for his son.

“I’m just a couple of years away from when it hit my dad, but he didn’t check. So five years later, when he did check, it was too late, and we got him for another 8 years and then we lost him, so he never got to see (my son) Titan. My mom never got to see my son.

It is good to see that Mike O’Hearn is healthy and doing well. This was an emotional and personal thing to open up about, and he delivered an important message to others in his shoes.

Stefi Cohen Shares How She Deals With Haters Of Muscular Women