Stefi Cohen Shares How She Deals With Haters Of Muscular Women 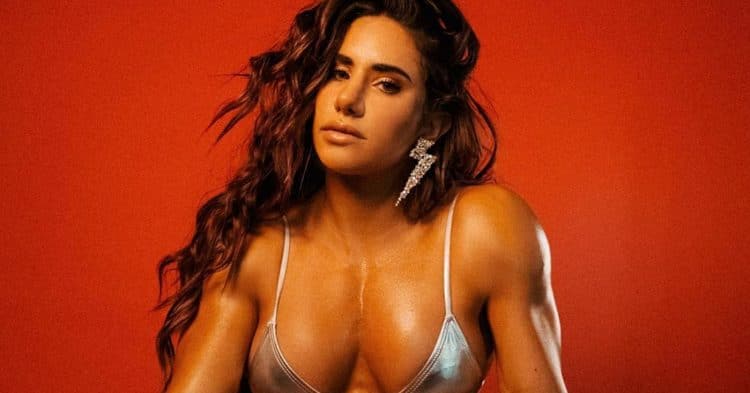 Women in strength sports are constantly bombarded with criticisms of their appearances, especially when they are fairly muscular. Now, Stefi Cohen shares how she deals with those haters, without letting them get her down.

Over the years, Cohen has established herself as a beloved figure, both in the world of powerlifting, and on social media. Her nearly one million followers on Instagram are proof enough of that fact, and that is without even mentioning her other platforms.

What makes Stefi so special is more than just her incredible skills on the platform, which have garnered her world records and championship wins. She also has the brains to go with the brawn, boasting a PhD in physical therapy.

However just because Stefi Cohen is look upon highly by a lot of people, does not stop her from being subject to the same types of criticisms that nearly all muscular women face: internet trolls insulting her appearance and saying she looks like a man.

So how does she deal with that? She took to Instagram recently to answer that very question, explaining how others in her shoes can also block out the hate from the critics, whether it is being called a man, for saying that she looked better before getting in shape.

“When it comes to judgement on their bodies, women just can’t seem to win. Research consistently shows the pressure to maintain a particular physique is stronger for women. So it’s worth examining to reveal how women constantly have their bodies policed by society, no matter their size or shape,” Cohen said.

“Fit shaming is a thing. Don’t believe me? Scroll through the comments of any strong muscular, and perhaps relatively lean female and you’ll be sold.

“Fit shaming is often directed at athletes, prominent figures in the fitness industry or even people who are just naturally leaner or more muscular. Interestingly enough, the comments are usually made by people who are far from any of those those realms.”

“These hurtful remarks are so common and widespread, and I would even argue that they’re perceived by the public as being a more acceptable form of body shaming,” Cohen continued.

“To call someone fat, that’s mean. But to call someone disgusting because you can see their abs or their bicep veins, they’re asking for it and they can probably handle the criticisms that’s bringing them down. That’s what people assume.

“I’m not really sure what the main drivers behind fit shamers are, therefore I’m not entirely sure how to put a stop to it. But the first step is always brining the issue to light and raising a discussion.”

These are some really kind sentiments from Stefi Cohen. There is no denying that fit shaming is a real concern, especially for women, but if these athletes can stick together, they will surely be able to move past these haters and trolls.