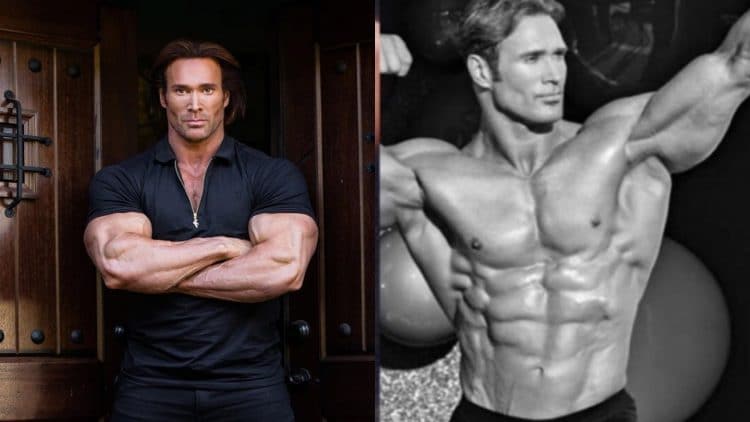 Mike O’Hearn is an iconic personal trainer, and bodybuilder who has been working his craft for the better part of 40 years. Even at the ripe age of 51, he has a physique to be jealous of.

O’Hearn accomplished an insane amount over his career as a bodybuilder. He began training and winning contests at the age of 16, and never stopped. Among his list of accolades includes winning the Mr. Natural Universe on four occasions, as well as capturing the Mr. World title. In addition to that, he transitioned to a career on screen, appearing in It’s Always Sunny In Philadelphia, and American Gladiator.

It has been a while since O’Hearn has been “at the top of his game” but he is still constantly in the gym. He works as a personal trainer, helping people in achieving their fitness goals. However, that means that he also gets to work on himself, and take care of his needs. This was shown recently, with an Instagram post from the man. Here he gave a side-by-side comparison of his frame from 1983 and 2020. To be frank, it is incredible how similar the two pictures look.

Check out the comparison:

O’Hearn encouraged his followers to share their stories of consistency in fitness. Although it is safe to assume not many people have as much consistency as he does. He looks like, with more refined training, he could hop on the bodybuilding stage right now, and be successful at 51 years old.

Obviously the comparison is to a 14 year old version of Mike O’Hearn, and he even looked solid then. However it is hard to not get drawn in at the fact that he is that age, and has managed to keep looking like that. This comparison is an inspiration to people both in their 50’s, and younger, on what is possible with the right consistency.

Bodybuilding legend Frank Zane carved out a wildly successful career in the IFBB and witnessed the sport change throughout his...