Mike O'Hearn discusses his ability to stay healthy at 52 years old, his inspirations to compete, and why he stopped 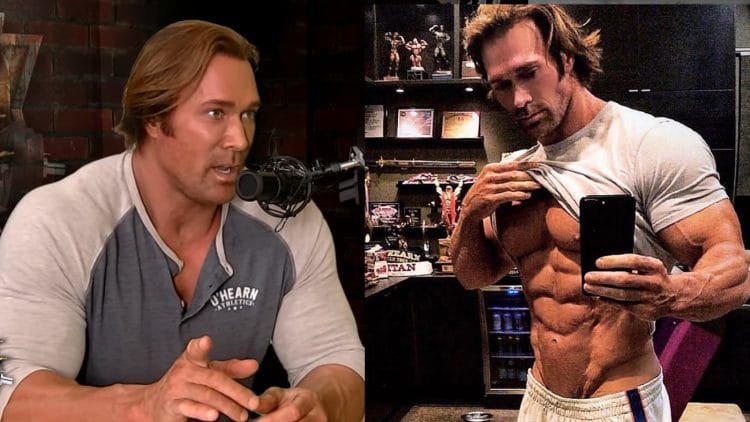 At 52 years old, Mike O’Hearn is still in phenomenal shape. He recently explained exactly what it takes for him to stay healthy at his age, and it might not be what you would expect to hear.

After years of competing as a bodybuilding, winning the Mr. Universe, and featuring on countless magazine covers, O’Hearn has become the pinnacle of what it looks like to be a natural bodybuilder. Having never used steroids, but still managing to lift heavy weights and have a beautiful physique, even into his fifties, is something that most athletes only dream of.

Speaking in a recent interview, he decided to share the secrets to his incredible longevity. While some might expect it to be some sort of vitamin or supplement or magic regimen, he says that it all comes down to one thing, that nobody wants to hear.

“Motivation comes and goes, but the passion, I swear I’m a born gladiator. I love competition. It can be on anything, but it’s that just head-to-head competition of just lifting against somebody or lift against myself. Now at this stage, it’s to do something that very few people have ever done… Honestly it’s to be able to lift my life away.”

Of course, a big portion of his ability to still be in tremendous shape is the fact that Mike O’Hearn did not compete for a long time, and never used steroids. He explained that the reason this never really was a factor for him, was because his goals were never really to be massive.

Instead, Mike says that he wanted to have the size and charisma of Arnold Schwarzenegger, as well as the entertainment, agility, and martial arts skills of Bruce Lee. With these inspirations, competing at a high level and getting bulky were never a priority for him.

“I was hooked from 8. I started looking at Arnold Schwarzenegger and Bruce Lee as my idols, what they could do. I wanted to be the mix of both… My point was always to be first, athletic, strong, and then look good. That was the goal from the start, and it never changed,” O’Hearn said.

That being said, Mike did not compete for very long, starting in his teenage years, but stopping in his late 20’s. While he has certainly been active since then, going on to guest pose tons of times and keep on looking incredible, he says that being on American Gladiators twice made him feel like he had accomplished what he set out to do.

“The ultimate goal was to be like Arnold and Bruce Lee, so that was theatrical, that was everything, that was business, that was all aspects of life, that wasn’t one dimensional. I was never a bodybuilder only, I wasn’t a powerlifter only, it wasn’t martial arts only, I did everything. So that competition, it was the competition of the whole aspect,” O’Hearn said.

“I wanted to prove (myself), and I kept that chip on my shoulder, and I said I’m going to be something nobody’s ever seen before… By the time I was 20 and Joe Weider brings me down to LA, and I fight 15,000 guys over 4 days to get into American Gladiators, I’m like ‘Okay, this is the s—t I want. This is what I want.'”

While it would have be interesting to see how far Mike O’Hearn could have gone had he kept competing longer, it clearly paid off for him. Not only is he finding success in movies and television, but he is still one of the most shredded 52 year olds in the world.