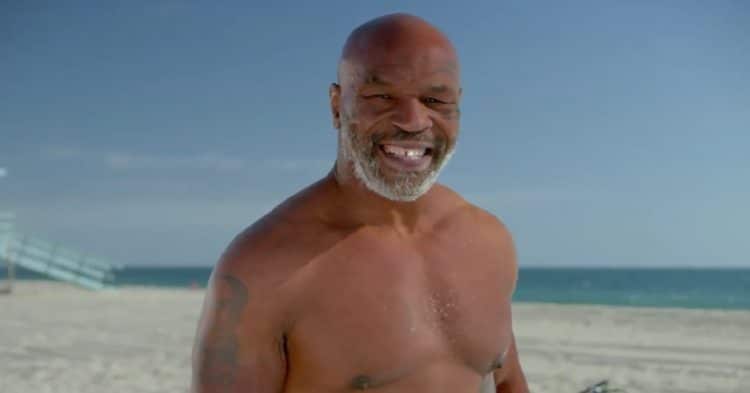 With the return of Mike Tyson seemingly imminent, there are still a ton of questions about who he might face. However it seems that he will be taking a warm up fight with a shark, before stepping back in the ring.

A couple of weeks ago we wrote about Tyson being seen on a beach, looking like a savage. He had been flipping a metal cage, and throwing life preservers while camera crews captured what he was doing. There was no word at the time about what he was doing, although it was suggested he could be doing some sort of promotional work for Discovery’s annual Shark Week event.

Well as it turns out, Mike was doing more than just a promo video. It has since been revealed that he is going to be fighting a great white shark for one of the network’s specials. The fight, which has been dubbed Mike Tyson vs Jaws: Rumble on the Reef, will air on Discovery on Sunday, August 9th.

If you take this at face value, this whole thing seems a bit goofy. However Tyson explained in an interview that he is using this to help him overcome anxiety about his return to boxing. This fight with a shark will be like a warm up for his actual return to fighting.

“I took on this challenger to overcome fears I still deal with in life,” said Tyson. “I equate this with overcoming my fear of getting back into the ring at 54 years old. I learned from this experience doing Shark Week that whatever intimidates me, I am still able to step up to the challenge of overcoming anything that would prevent me from accomplishing my life’s mission of reaching my highest potential in life and bringing me closer to God.”

In terms of this boxing comeback, Mike Tyson has been talking about doing so for several months. If taking on a great white shark, with boxing and WWE personality Michael Buffer announcing him, gets him ready to return to action, we will take it.