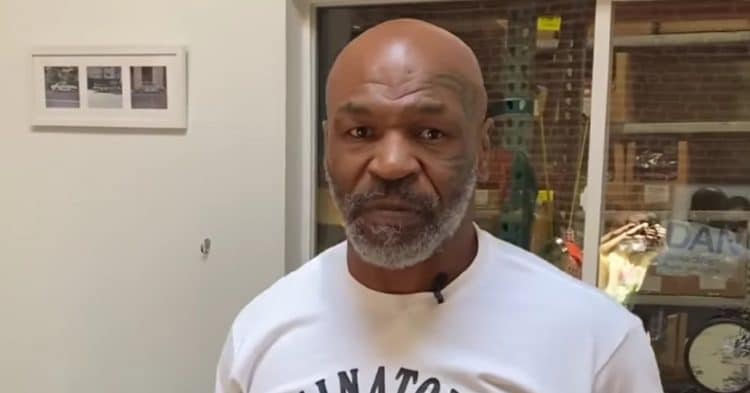 The last few months have seen Mike Tyson looking in the best shape he had been in, for a long time. This was evident yet again, with a recent photo shoot the former boxing champ did on a beach.

When Tyson revealed that he was considering making a comeback to boxing, it was a surprise to many. However when he showed the physique had been working on, that shock only amplified. It seemed to defy the laws of aging that someone who is 54 years old, could have a body like his, and show the same type of explosiveness that he displayed in his punches.

However as it turns out, Mike Tyson has been doing more than just boxing training. Video footage recently emerged, showing the former heavyweight champion doing a photo shoot on the beach. Although it is unclear exactly what this was for, he can be seen flipping a giant steel cage and throwing life rafts with ease. What stands out the most in the clip though, is how jacked he is looking while not wearing a shirt.

Although there is not yet any information on what he is doing there, it is clear that Mike is working on some sort of production. You can see crew people holding cameras, and working on the scene as he does these stunts. If you consider the fact that a lot of brands have been jumping on the bandwagon of this reinvigorated Tyson, then it seems likely that he was filming some sort of promo video. Although if so, that would be a big change from the boxing-themed ones he has mostly been doing.

Despite saying that he was looking to make a comeback, Mike Tyson has not given a date or opponent for who he wants to face. Nevertheless it seems that every time we see him, he is in better shape than the time before.