Nataliya Kuznetsova Stuns Crowd With Her Routine At Romania Pro 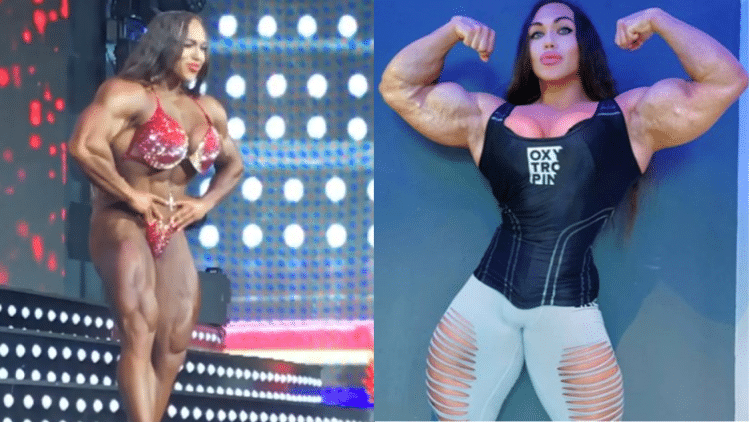 Nataliya Kuznetsova took the stage at the 2019 Romania Muscle Fest Pro, looking to impress. This was something she managed to do, with her epic posing routine.

The 2019 Romania Pro saw the return of the Women’s Bodybuilding division, which has gotten a bit of an unfair shake. Despite the fact that it was recently announced that the Ms. Olympia would be returning, women’s bodybuilding has lost a lot of respect in the last few years. As a result, people like Kuznetsova have not had a place to truly showcase their skills.

Nevertheless, that changed at the Romania Pro. Kuznetsova was among thirteen women who took the stage at the event, in the Women’s Bodybuilding division. Her return to the stage was highly anticipated, as she has gained quite the following for her massive size and incredible physique. Furthermore, some have even gone as far as to say that she has a physique that would rival most male bodybuilders.

However, in the end, Nataliya Kuznetsova would earn second place, losing out to Monia Gioiosa. Despite the disappointing result, she still looked incredible on stage. In fact, she looked so good that many were upset at the competition result, believing that she thoroughly dominated the rest of the competition. Her posing routine showed just how huge she is, and was enough to get the crowd going.

Check out this video from the Romania Pro:

Calling Kuznetsova a “show stopper” is an accurate assessment. While she did not win the contest, she certainly looked impressive. This is just further proof that Women’s Bodybuilding is more competitive than many think. Therefore, it is exciting to see this aspect of the sport beginning to get more respect. With Nataliya being something of an ambassador for the sport, she is certainly deserving of some credit.

Nataliya Kuznetsova is one of the most physically imposing female bodybuilders in the world. As you can see by the video, even though she did not win the Romania Pro, she certainly was there to stun the crowd.