Nate Diaz Opens Up About Struggles Getting To UFC Return 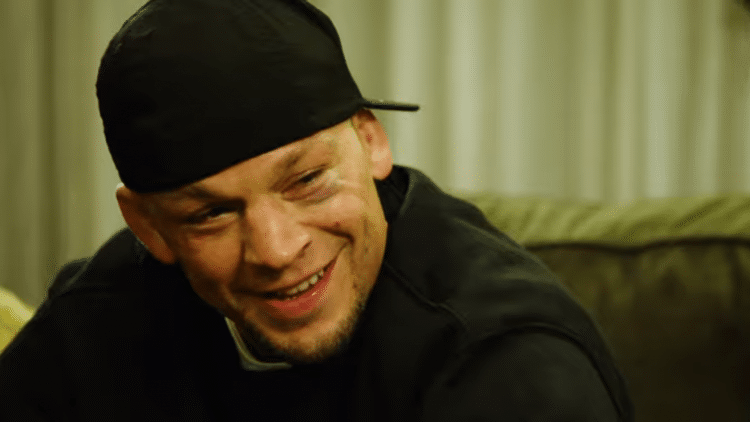 Nate Diaz will be taking on Anthony Pettis this weekend, at UFC 241, in his first fight since 2016. Leading up to that bout, he opened up about the journey leading back to the Octagon.

When Diaz lost a majority decision to Conor McGregor at UFC 202, it was expected that he would be back soon. Despite the fact he said he would wait for the trilogy fight with McGregor, it was thought that fight would happen soon. At a bare minimum, it seemed like Diaz would take another fight. Especially considering how much his stock grew from those bouts. In fact, there were times we thought he was coming back.

However, almost three years exactly is when Diaz would be making his return. In an interview with ESPN, he explained what exactly took so long, and what things were like for him after the McGregor fight.

“I for sure didn’t lose that fight, but they treated it like, ‘You lost, go down the list, get out of here,’ type of thing. When he lost the first time to me, it was the biggest thing, and he needed his rematch and he’s obsessed with Nate and all this marketing on how much he needed to get this back and how great he is for actually jumping in there and doing it. I’m like, ‘Hold up, how about all the rematches I’ve ever wanted?

That’s when I should have jumped in my contract, like, ‘Hold up, if I’m going to do this rematch, I want all my rematches that you guys never gave me.’ I should have done that, but I lost a lot of good months in my life just sweating fights that I’ve lost that I didn’t lose.”

Nate Diaz went on to express just how much push back he felt he was getting from the UFC. Additionally, he noticed a lack of desire fighters showed in wanting to face him.

“I’m like, ‘You guys pay me way too much to be sitting here, playing a stupid f—ing game doing what you guys want me to do, so I’m going to step it out.’ Then two years flew by, and the whole time I’m sitting there like, ‘When is somebody going to step their stupid a– up and start calling for a fight,’ because that’s what I did. I’m like, ‘You’re the guy getting all the love and all the s–t that I worked hard for, and they’re just handing it over and promoting it, and I put work in, and if you’re not sitting there thinking this guy is getting what you worked for, you’re not working hard enough.’

Then I’m like, ‘F–k me? Well then f–k you.’ Then after a certain while, I’m like, ‘What’s wrong with these fighters?’ I’m a bigger draw, a bigger fight than anybody in the game, and you guys are just going to sit back and not participate. Put me in the outskirts: He dropped from the rankings, he’s turning down fights.”

This is a lot of detail coming to light, for Nate Diaz. Despite that, one thing is for sure: we are all excited to see him back. Additionally, if a trilogy fight with McGregor comes along, that will be exciting too.

UFC 241 takes place Saturday August 17, live on pay-per-view. It is headlined by Daniel Cormier vs Stipe Miocic, with Diaz vs Pettis in the co-main event.