Nathan De Asha Gets One Fine, Threatened With Multiple For Allowing People In His Gym 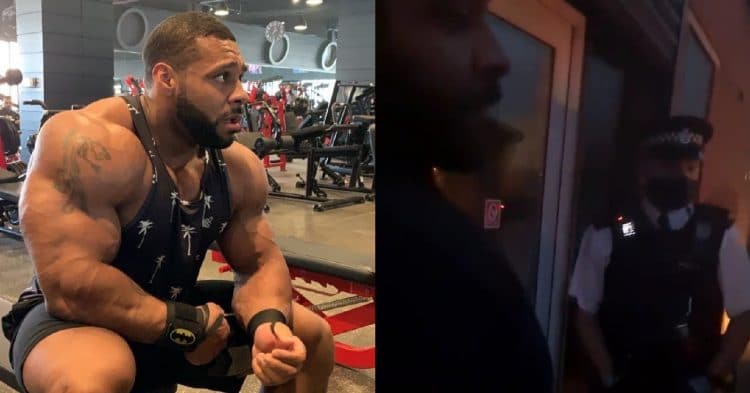 Things have been complicated for gym-goers around the globe, as various countries deal with the global pandemic in different ways. Nathan De Asha was on the losing side of this recently, after getting a visit from his local police due to keeping his gym open.

Fitness enthusiasts have felt themselves the most unfairly targeted during the process of dealing with this global pandemic. Even as things have begun reopening in various countries, gyms and fitness centers have typically been among the last to be allowed to resume their businesses. This has left gym owners and members alike frustrated and desperate to get back to some semblance of normalcy.

For the UK’s own Nathan De Asha, he decided to take matters into his own hands. It was recently decided that amidst the second wave of the coronavirus, that gyms would no longer allowed to operate in London. However Nathan decided that he would go against this order, keeping his doors open anyway. This resulted in a visit from police, which he documented and uploaded to Instagram. Here you can see him talking with officers, as they fine him £1,000 for staying open.

You can hear the officers threatening De Asha with a variety of things. Not only did they give him that fine, but also threatened to return every hour to fine him more, and even said they would fine the members of the gym that decided to stay. Nathan still tries debating with them, saying that his members had signed waivers and that he was going to keep operating no matter the fine.

This was a decision that Nathan De Asha made, very much aware of the consequences. A couple of days before this visit from authorities, he made a video explaining why he is choosing to stay open. It largely comes down to financial concerns for him and his employees, something everyone in his position can understand.

Nathan De Asha goes on to explain all of the precautions they put in place to stay in accordance to safety guidelines, while also detailing the mental health benefits to going to the gym. This is certainly a tough situation for him, and his willingness to accept the consequences is admirable. Hopefully it does not get to the point where he is arrested, as we have seen in the past.