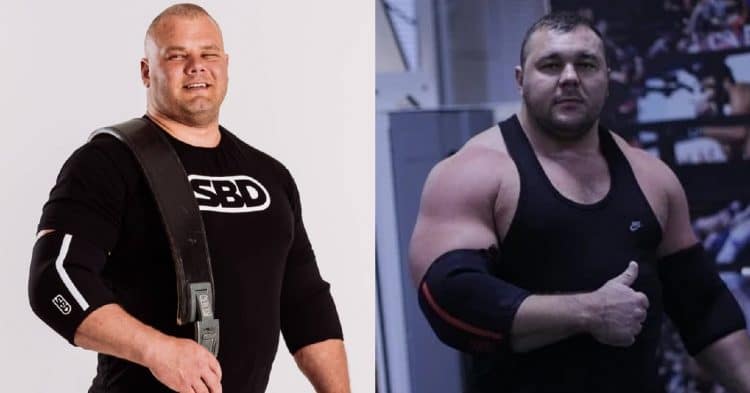 The second season of the World’s Ultimate Strongman Feats of Strength series has already delivered some insane moments. They hope to continue that this weekend, as Ivan Makarov and Rauno Heinla Attempt to break the world record for the heaviest deadlift of all time.

The WUS Feats of Strength series is where Hafthor Bjornsson was able to pull 501kg earlier this year, to set a new record. This was a makeshift replacement for athletes who were planning to compete but were sidelined by the global pandemic. However since then it has turned into a proving ground for the best in the world to attempt to break other world records, from log lifts to atlas stones and more. The results have been some new records, as well as some heartbreaking failed attempts.

The next edition of the Feats of Strength series features a return to the deadlift, in an attempt to break the record Thor set a few months ago. Both Ivan Makarov and Rauno Heinla will be attempting to deadlift 502kg for a new world record. In addition to that, Mikhail Shivlyakov will be looking to break the record for Master’s deadlift. The action goes down October 18th, beginning at 1pm EST, and there are three ways to watch it, which you can see below:

In addition to this information, it was also revealed that Big Z, Zydrunas Savickas will be serving as referee for the lifts. Furthermore Laurence Shahlei will commentate the lifts for the various streams. This will be free to watch on the different platforms, as these three men try to assert their place in the history books.

When it comes to the 502kg deadlift that Makarov and Heinla will be attempting, this is not as easy as it may seem. Considering it is just 1kg more than Thor’s record, some may think that this is not that big of a leap. However when you are moving around weight that heavy, every single kilo counts and is difficult to add to. It will be interesting to see how they do. As for Shivlyakov, he will be looking to recently set 435kg deadlift record for Master’s, which is equally difficult.

The World’s Ultimate Strongman Feats of Strength 502kg deadlift record attempt goes down October 18th. You can watch the action live at the links above, and stay tuned to FitnessVolt for coverage of the event.