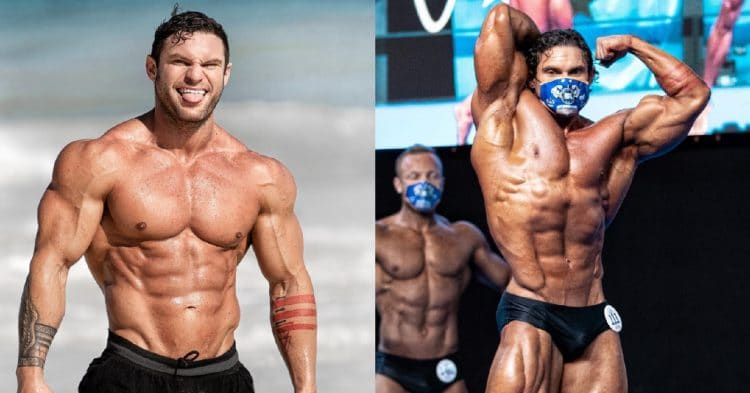 Over the weekend Tavi Castro made his long awaited return to the stage. However it seems that this will be the last time he is competing for a while.

As an NPC Classic Physique competitor, Castro has made a massive name for himself already. Although he has not earned his Pro Card quite yet, he is extremely close and considered to be one of the best prospects in the sport. Not to mention the massive following he has received already, with tons of supporters praising his impeccable physique.

Over the weekend, at IFBB Europa Spain show, Tavi Castro competed for the first time in a while, landing in third place. However he told fans on his Instagram that this will likely be the last time he competes for a while. Apparently he is quite frustrated with the way the judging criteria has changed in Classic Physique, particularly with the fact that his posing routine was not judged at this event. So he is taking time away from competition, although he promises to be back at some point.

“ROAD TO ART ✖️➕✖️ when I came out of competitive retirement this year to compete again. I did it for a few reasons…I didn’t need it financially (competing actually costs athletes money and it never brought me any business or sponsorships) Nor did I need confirmation from a judging panel to tell me ,I have ,or don’t have the best physique on one particular day.The amazing support i receive on social media says enough.Therefore I had made a goal to reach the Olympia,but I was not attached to it.I didn’t need it. My body, my art.But it was a goal, and it forced me to commit to the iron temple which is a meditation for me, a meditation I needed greatly in one of the toughest years of my life.On this journey me and @berrydemey created so many memories traveling and making new friends and supporters alike. It would be unconscious to not be grateful for this journey so far.But after three rounds of competitions in this sport we saw and heard things we simply didn’t want to…we want to romanticize it and be proud to tell a normal person that we’re bodybuilders, or that a normal person could name the current mr Olympia instead of naming Arnold Schwarzenegger. But right now the direction that it is going is not one I feel I want to be a part of. I was crushed to hear they didn’t even judge my posing routines or presentation in classic physique.Many in this niche industry will argue that you just need to follow their criteria, but now I feel that’s that’s why the sport of bodybuilding hasn’t reached its potential.They have exchanged finding the greatest aesthetics and ambassadors to grow the sport, for quicker judging and extremes. A sport where the revenues are mainly generated by paying athletes, sponsorship money and not by public spectatorship will always suffer.Imagine full stadiums to watch the future Olympians…for now I will step back from competing with full respect to the the competing athletes and NPC .To @yanitayancheva ,my family, my classic dad ,my friends, my followers,I love you. Create your goals, fight for your ambitions.But do not attach yourself to them. Be grateful for now while striving for tommorow. I’ll be back.”

This frustration from Tavi Castro is quite understandable, given how hard he must have worked on his routine. There has been a lot of talk about the changes in judging for Classic Physique recently, after Chris Bumstead won the Olympia last year. It will be interesting to see how the new criteria effects others, and if Tavi will return to the stage.