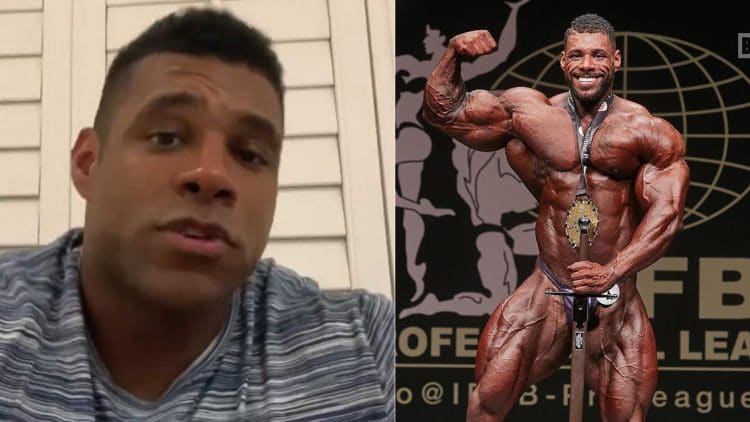 Nathan De Asha will no longer be competing at 2019, Mr. Olympia. This news comes as a result of pending legal troubles, regarding the distribution of steroids.

It was reported several weeks ago, that De Asha would be facing criminal charges, in association with illegally distributing steroids. These charges came as a result of an unrelated police investigation. However, when authorities were investigating a gym, they discovered the illegal substances. Moreover, it was determined that  De Asha was shipping these steroids using the postal service.

However, Nathan De Asha now has his official first day in court. The only problem is that this day is Monday, September 16th, at 9:00 am. Therefore, this will not leave him enough time to come to America, compete at the Olympia, and make it back in time for court. Subsequently, he has decided to opt-out of this year’s competition.

De Asha uploaded a video to his YouTube channel to discuss the situation. In the video, he explains a bit about what is going on, and why he will not compete at the Olympia. Additionally, he gives a statement about the case as a whole. He then explains that he accidentally got caught up with people he should not have. Additionally, he discusses why he pleads guilty, to what he says are misdemeanor charges.

“Two years ago, I was caught up with a gym owner, basically talking about PEDs, which I was naive about, young and immature.

Basically that’s led from one thing to another, and that being said I’ve been pulled into the crossfire of this person’s legal actions. The police were already watching these people.

They were already part of the underworld, which I was not. So to me, I was just helping someone out, basically trying to give them the safest way possible to use the PEDs, and what I was using at the time.”

De Asha goes on to explain that it makes sense to not risk going to the Olympia. If he did, he would perhaps be late to court, which would affect his sentencing. He explains that he has already plead guilty, and intends to accept the consequences. Furthermore, he goes on to thank people who support him, and that he could have been the best version of him ever seen.

The story is still developing, so stay tuned to FitnessVolt for any updates. When Nathan De Asha receives his sentencing, we will update the story.

Video: CT Fletcher Back To Weight Training With Back Squats!