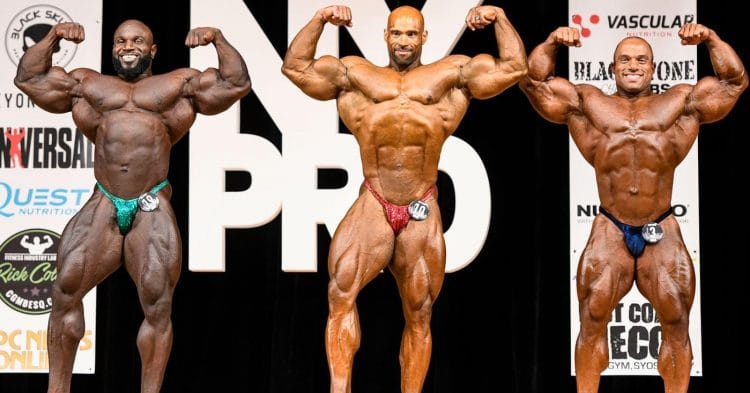 The 2020 IFBB New York Pro goes down this weekend, even though it is not in New York. This is the list of open bodybuilders competing at this titular show.

This year’s New York Pro is going to be a bit different than previous years, as is expected when the show takes place in a global pandemic. The biggest change to the show comes from the fact that it will not actually be taking place in New York, instead going down in Florida where the restrictions on public gatherings are a little more lax. However this has done nothing to curb the enthusiasm of the bodybuilding fanbase, who is excited to see these athletes compete for an invitation for the Mr. Olympia this December.

Ahead of this contest, fans have been wondering who they might see competing in Florida. Just a few days before the show begins, the IFBB revealed the full list of Open competitors who will be taking the stage. This is the full list of the 20 athletes who will face off against each other on stage.

This is actually a pretty solid lineup for this year’s New York Pro. There are a lot of athletes who have been looking really good lately, that are hoping to have stand out performances this weekend. Patrick Moore has been grinding away at the gym, and he has shown us that he is looking sharp. Of course Maxx Charles has never backed down from a challenge, and he is sure to make a big splash. However the one that seems to be capturing the most attention heading into this contest is Antoine Vaillant, who has been showing himself to be in outstanding shape over the last few weeks.

The 2020 IFBB New York Pro goes down this Saturday, September 5th, beginning with prejudging at 8am (EST). This contest will bring with it some pretty big changes, but this will give an athlete the chance to shine and set themselves apart as a legitimate challenger at this year’s Olympia, in December.