Life and accomplishments of Justin Rodriguez. 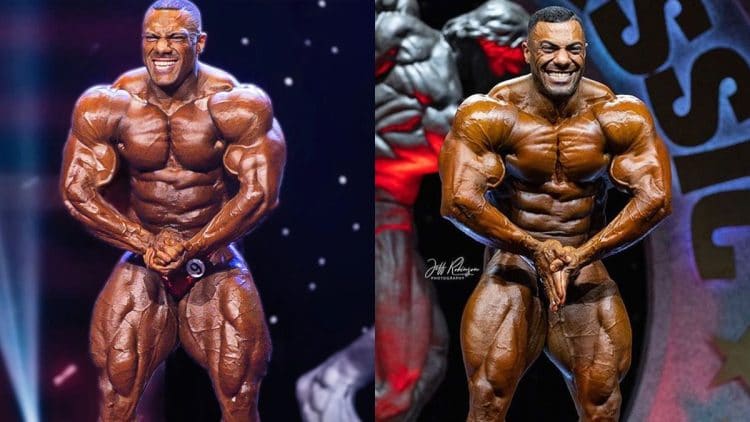 Justin Rodriguez is an IFBB Pro League Men’s Open division bodybuilder and sponsored athlete from the Dominican Republic. Rodriguez is steadily climbing the pro bodybuilding ranks and is known for his peeled conditioning and symmetry. His last title win came at the 2021 Indy Pro. This is his complete profile, biography, and more.

Justin Rodriguez hasn’t revealed much about his personal life. When it comes to public interactions, he follows a similar — although not as strict — approach as Dorian Yates. Besides regular physique updates on Instagram during show preps, Rodriguez stays in the shadows, does the work, and then impresses everyone when he steps on stage.

Notably, “The Nightmare” hasn’t been involved in any major controversies throughout his eight-year-long bodybuilding career, which is something you can only say about a handful of other top-level pro bodybuilders.

After Victor Martinez, Rodriguez is the second bodybuilder from the Dominican Republic to make it big in the IFBB Pro League. The Santo Domingo native started bodybuilding in 2014 and turned pro a couple of years later in 2016.

Rodriguez idolized the late 2018 Mr. Olympia champion, Shawn Rhoden, and started training wanting to look like him. Per the New York resident, he is often compared to Rhoden, especially when he hits the front double bicep pose. “I wanted to look like him,” says Rodriguez while talking about the late bodybuilder.

“The Nightmare” made his pro debut in 2017 at the New York Pro, where he placed third. Rodriguez entered the limelight after winning the 2021 Indy Pro. His 2021 Indy Pro win didn’t surprise many bodybuilding fans as he came close to winning a couple of shows in 2020 but missed out by a short margin. He placed second twice in 2020 — at the Chicago Pro and New York Pro.

Rodriguez quit his job in 2021 and went full-time into bodybuilding. “Let me take one year off from my job,” he told his wife before putting in his papers. He credits his decision to quit his job for his success as a pro bodybuilder.

“For me, it was the best because now I can take my rest and make it my schedule.”

Rodriguez won the 2021 Indy Pro owing to his whittled conditioning and flowing physique. He won both the prejudging and final rounds with perfect scores.

The Dominican athlete has competed twice at bodybuilding’s biggest stage — Mr. Olympia, in 2020 and 2021, finishing 10th and eighth, respectively.

“The Nightmare” had a great start to the 2022 bodybuilding season with a memorable showing at the 2022 Arnold Classic. Justin Rodriguez showed up with his signature diced conditioning and was being considered a frontrunner to win the show on the first day.

Must Read: Understanding How Men’s Open Bodybuilding Competitions are Judged and Scored

How tall is Justin Rodriguez?

At 5’7″, Rodriguez is one of the shorter Mr. Olympia competitors.

How much does Justin Rodriguez weigh?

While prepping for a show, “The Nightmare” usually weighs around 240 pounds.

Has Justin Rodriguez ever won the coveted Mr. Olympia title?

No, at the time of this article’s publication, Rodriguez’s best IFBB pro show finish came in 2021 when he won the Indy Pro. His best Olympia finish was in 2021 when he took eighth place.

At the time of this article’s publication, Justin Rodriguez is gearing up to take the stage at the 2022 Indy Pro, scheduled for May 14 at the Indiana Convention Center in Indianapolis, IN, hoping to defend his throne successfully and earn a direct qualification for the 2022 Olympia.

Rodriguez is second behind Steve Kuclo, with 19 points to qualify for the 2022 Olympia as per the Olympia Qualification System (OQS). 2022 Olympia will take place on the Dec. 16 weekend in Las Vegas, NV, and will run until Dec. 18.