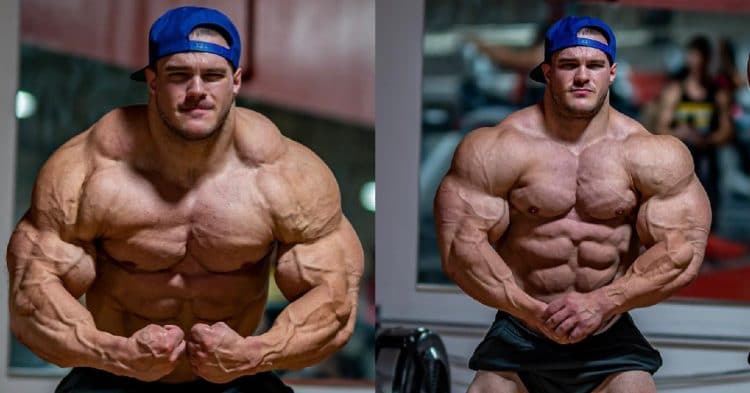 As one of the most highly touted prospects in bodybuilding, there is a lot of hype around Nick Walker in his attempt to earn his Pro Card. About a week out from this attempt, he is looking ready to capitalize on the opportunity in front of him.

Few people have had the type of publicity that Walker has, without having actually made a pro debut yet. However this is simply a product of the impeccable physique seen from him, in particular with his arms. He recently measured his biceps, and they come in with numbers that were along the same level as the likes of Jay Cutler and Ronnie Coleman.

With that being said, Nick Walker is looking to earn his Pro Card next month, at the North American Championships. The contest, which begins on September 2nd, is one of the biggest proving grounds for NPC bodybuilders, and he is looking to stand out above the rest. Just over a week out from the contest, he decided to post to his Instagram with a few updates on his physique, and it is safe to say that he is looking bricked up from head to toe.

“Me and @eric_abelon hitting some poses together. Just a couple of guys aiming for there pro card this year. Let’s finish strong!!!!!!”

Standing alongside Walker is NPC Classic Physique athlete Eric Abelon, who has been apparently training to get his Pro Card too. The pair seemingly have been hard at work, and the results are paying off. Specifically, Nick’s physique is looking absolutely shredded, and he looks ready to try to get his Pro Card and make a big impact at the same time.

One of the biggest knocks on Walker so far, is his somewhat lackluster legs. While his upper body is easily one of the best in the business, he tends to falter around the calves. While it seems like he has been working hard to improve that weakness, it still looks to be a problem here. Hopefully this does not interfere with his chances to secure the Pro Card he is trying so hard to receive, but it will definetly give him grief on the pro scene if he can not make the improvements needed.

Clearly Nick Walker has been putting in a lot of time to prepare for the transition to a pro career. Fans are absolutely buzzing to see how he looks at the North American Championships, and to see if he is able to finally earn his coveted Pro Card.