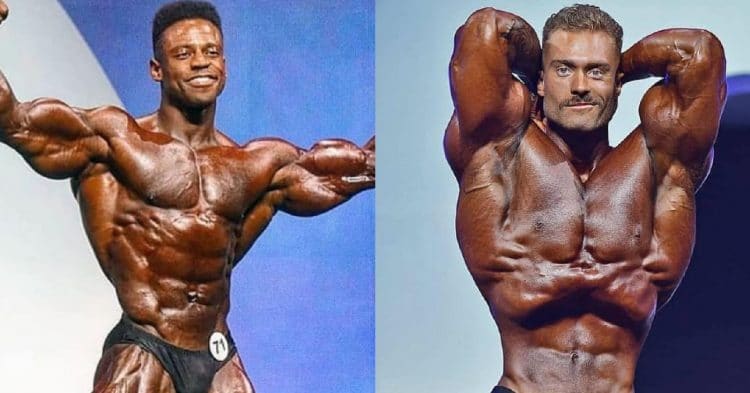 It is no secret that the rivalry between Breon Ansley and Chris Bumstead is serious. However things are heating up between the two, as Breon fired some shots at his rival.

When Bumstead took the Classic Physique Olympia title from Ansley, it came as a bit of a surprise to those watching around the world. Clearly the fans of Chris were excited to see their man win, but there was still some surprise at the fact that it happened, especially considering the way Breon looked. Nevertheless, Bumstead would walk away with the win, leaving Breon and his supporters frustrated.

It seems that Breon Ansley has not quite gotten over this loss yet. He showed that recently with a video to his YouTube. Here the former Olympia champ talks to Bradley Martyn about the upcoming Olympia. Bradley tells Breon that he if he able to get past the politics of the sport and regain the Classic Physique Olympia title, he will be able to hold it for a while. Then Breon responds, and while not directly mentioning Chris Bumstead, he throws some shade towards the champ, questioning his physique.

Typically Breon Ansley is not the type of person to talk trash about anyone, but it is clear that he is firing shots here. The general consensus is that, while his physique is certainly impressive, Chris Bumstead tends to suffer with his biceps. Considering the fact that the title of this video references how big arms matter, and this was an arm training session, it would appear that this was a alright at Chris’s arms.

Obviously there is a lot at play when Ansley and Bumstead face off again. As Breon and Bradley referred to, there is a certain amount of politics involved in the Olympia judging. Moreover, with bodybuilding being so subjective, anything can happen and change the way these physiques are judged.

Regardless of who ends up winning this year’s Classic Physique Olympia, both Chris Bumstead and Breon Ansley have been working really hard. This is one of the most highly anticipated matchups at this year’s event, and in the division’s recent history. Time will tell how it ultimately plays out.