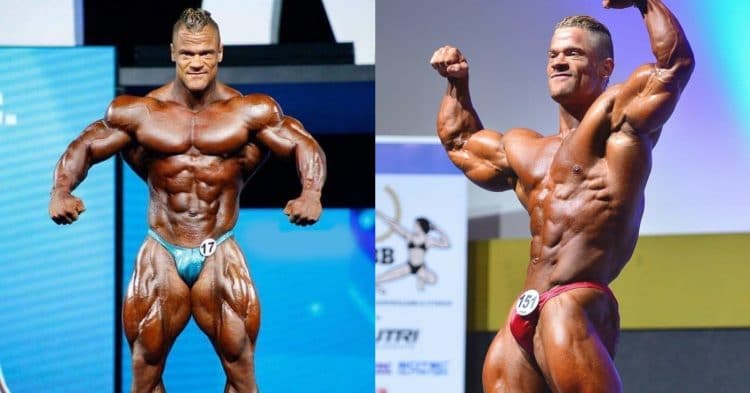 Swiss IFBB Pro bodybuilder Nicolas Vullioud seemed to have a promising future ahead of him, in the world of bodybuilding. However he has made the decision to call an end to his career, and retire at age 30.

A veteran of nearly a decade, it is hard to believe that Vullioud is still as young as he is. He has competed around the world, beginning with local shows in Switzerland, before heading stateside to win shows like the 2018 Tampa Pro, earning the chance to win the 212 Olympia that year, where he ultimately came in 11th place.

This was the last time that we saw Nicolas on stage, and as he explained in a recent post to his Instagram, that will not be changing at any point in the near future. He has made the decision to call an end to his career, retiring after not competing in three years.

The video he posted is completely in French, but Nicolas Vullioud left a lengthy explanation in English in the description. Here he explained that he has lost the desire to compete onstage, and will be looking forward to new endeavors.

A lot of people asked me what were my future goals and competitions. And I actually took the decision not to compete anymore.

It’s a tough decision, because I close a book, 10 years of my life,” Nicolas Vullioud explained. “There’s a lot of nostalgia. But since my last competition in 2018, Mister Olympia, a lot of things changed in my life. I started to have a different mindset and I took almost two years to reevaluate everything I was doing. I lost a bit the fire that I had during the previous years. And I’m convinced at 100% that I have to stop. Even for my last prep in 2020 (cancelled due to the situation with the virus), I wasn’t sure about it. I truly know my potential, but my desire to move forward is higher. And I feel I need this change.

Once you have a doubt, even if it’s only 1%, you can not compete and pretend doing Olympia. You have to be a machine. I know what it takes to be at the highest level in the world. You have to be ready on every aspect.

I also took that decision for my own longevity,” Vullioud continued. “We all know we put the body under pressure. Today I have a different vision about my life. And I want to achieve different things apart bodybuilding. And I have way more to offer to people than my physique. Sharing values, knowledge, experience, this is my goal. I still don’t know how exactly I’m going to do but I have time to think about it.

Of course the main protagonists concerned by my decision, know my wish. And that’s why I want to say thank you to @mhpstrongusa and @tb.jpc. And an immense thanks to @ptuor . Our collaboration as coach/athlete is maybe over, but our friendship is eternal. And I will never thank you enough for your work, friendship, professionalism and kindness. I’m proud to know someone like you. And I believe in loyalty, because you’re the most loyal person I ever met. You’re the brother I always wanted to have in my life.

This is just a new step in my life,” Vullioud concluded. “And new opportunites will come. And I will keep sharing with you guys my passion, my love for this sport. And I really want to say thank you to all of you. Some of you follow me since my first competition. And it means a lot to me.

Whatever endeavors are next for Nicolas Vullioud, it is impossible to wish him anything but the most success imaginable. Although it will be tough to not wonder what could have been with this talented Swiss bodybuilder.