Mat Fraser opens up about his journey from being told he would never run again, to becoming CrossFit's GOAT 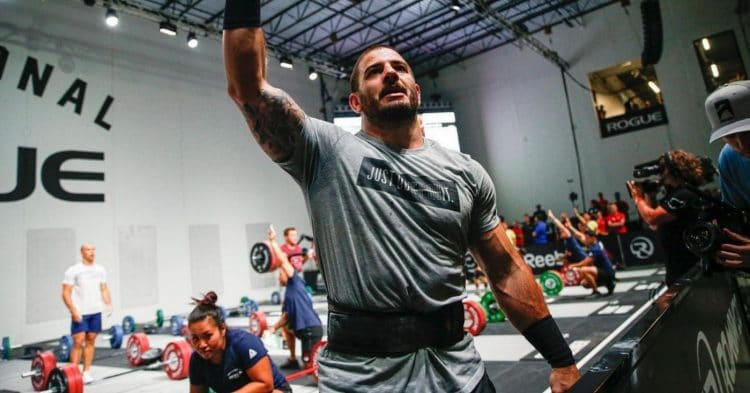 Without a doubt, Mat Fraser is one of the greatest CrossFit athletes of all time. That said, he had to overcome some major obstacles to get there, not least of which was a broken back derailing his Olympic career.

While he had been doing it for some time, Fraser did not start competing in CrossFit until he was about 23 years old. Prior to that, he was a rather successful weightlifter, attending the Olympic training facility.

Unfortunately a string of injuries from lifting caused a severe injury to his back, more or less breaking it. Speaking in a recent video to his YouTube, he discussed how he went from being told that he would never be able to run again, to overcoming that obstacle and winning five CrossFit Games.

“Broken to Best: throw another obstacle in my way, I’ll get over that one too,” Fraser wrote in an accompanying post to Instagram.

“I broke my back in 2009 and was told I would never run again, never mind compete and pursue my dream to go to the Olympics. I recovered from my injury, left the sport of weightlifting and found CrossFit. My injury and my road to repair taught me life lessons and gave me more grit than I had before. From Broken to Best, I’ve accomplished more than I ever thought.”

The Inspiring Career Of Mat Fraser

In the riveting 47-minute long sit-down, Mat Fraser and Matt O’Keefe discuss the entire journey of the recently retired five-time Fittest on Earth. It was an inspiring tale of how he set a trend of overcoming obstacles and never let anything get in his way.

It started with a path that seemed destined for the Olympics, where Mat was a budding weightlifter. However some injuries and bad advice led him to severely injure his back, ending his potential career as an Olympic weightlifter, and seemingly ending his athlete ventures of any kind.

“I had one singular goal when I was a teenager: go to the Olympics. That was my only goal. My sport was weightlifting and it wasn’t option for me, it wasn’t like ‘I hope I qualify,’ no, I’m going to the Olympics,” Fraser said.

“I’m getting surgical consults and they’re telling me ‘You’re weightlifting career is over, that’s the least of your worries. Like, you’re never gonna jog again.”

However Fraser did not take that as an option, and surrounded himself with friends and family to keep his head on straight. As he began on the road to recovery, he leaned into his love for CrossFit to help get back on his feet.

Slowly and slowly Mat would get stronger and fast, despite being told that all he would be able to do was “sit at a desk.” Eventually he would win five CrossFit Games in a row, and along the way he kept going back to the lessons he learned here, furthering his perseverance through more injuries and other setbacks.

“What else can you throw at me that’s going to stop me? No, you throw another obstacle in my way, I’ll get over that one too,” Fraser said.

No matter how you feel about Mat Fraser, there is no denying the motivational nature of his journey to the top. This interview provided very interesting insight into the mentality that has made him a champion.