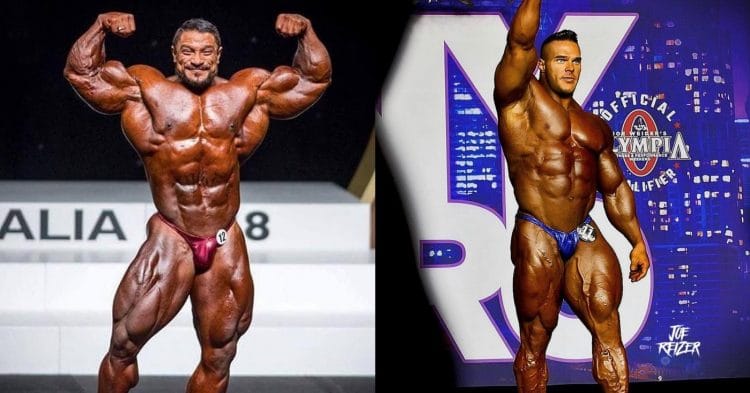 The 2021 Arnold Classic goes down on September 25th, in Columbus, Ohio. It will now be taking place with two more familiar faces on the already ridiculously stacked roster, as Roelly Winklaar and Nick Walker have been added to the lineup.

Given when the Arnold Classic is taking place, it was expected that this year’s roster of competitors would be one of the most stacked in the contest’s history. After being delayed from its initial date, the contest is set to take place just two weeks before the 2021 Mr. Olympia.

While the majority of the roster has been announced, some new additions have been added to the list. Notably, fan-favorite veteran and 2018 Olympia People’s Champ Roelly Winklaar has announced his intent to compete at this contest, marking his first appearance of the year.

He was not the only new addition to the lineup for the 2021 Arnold Classic, as rising prospect Nick Walker also announced that he was competing as well. He furthered this with a post to his Instagram, sharing his excitement for the contest.

Now, it is important to note that the 2021 Arnold Classic takes place after the cut-off period for the 2021 Olympia. So even though Roelly Winklaar will be competing here, unless something changes, this will do nothing to help him qualify for this year’s Olympia.

With that in mind, it will be interesting to see if he still chooses to compete at another show, in order to get that 2021 Olympia qualification. After a COVID-19 battle forced him out of the contest last year, it would be disappointing to have to wait longer to see him on the Olympia stage again.

Unlike Winklaar, Nick Walker already had his qualification for the 2021 Olympia, which he scored by winning the New York Pro earlier this year. Initially he said that he was planning to focus on his Olympia debut, but now he will give fans a preview of his physique before then, and attempt to earn a second Olympia qualification in the process.

Subject to change as more athletes are invited

The 2021 Arnold Classic goes down September 25th. Stay tuned to Fitness Volt for further updates and results from the contest as they are available.