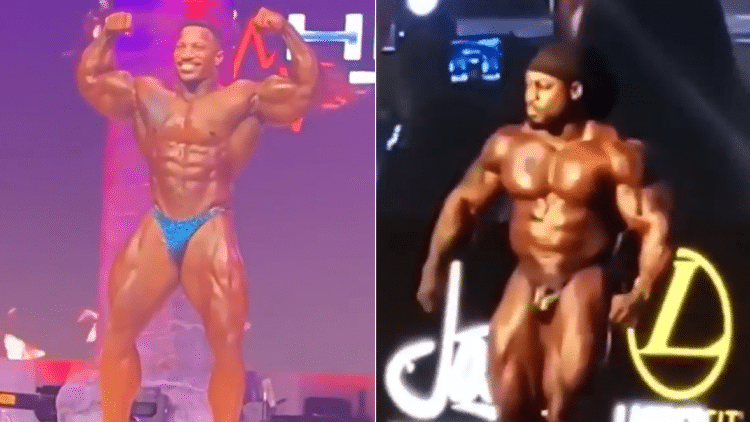 The IFBB NPC Heart of Texas show took place over the weekend, in Garland Texas. As a special guest, Patrick Moore appeared to do a guest posing.

The NPC Heart of Texas show displays some of the top amateur bodybuilders in the area, looking to start making a name for themselves. It was put on by Optimum Fitness, and promoted by its owner Prince Harrison. Subsequently, Heath Jackson continued his solid NPC run, with a Men’s Open win.

However, the main story coming out of the competition, comes in the form of Patrick Moore. Fresh off of his 10th place showing at the 2019 Mr. Olympia, Moore made an appearance at the Heart of Texas show. Here he did a guest posing, to further perfect his craft.

Here is a video of the guest posing:

In the video, you can see Moore hitting the stage with various poses. Overall he looks pretty solid, maintaining much of his physique from the Olympia. Although he does say that it is now time for the off season, so he can take a break from competing.

In addition to Patrick Moore, another Mr. Olympia competitor did some guest posing over the weekend. William Bonac, who scored second at the big show, took the stage at the IFBB Monterrey Pro. He too, showed some impressive poses, and still looked to be in excellent condition, Check it out, as well as another angle of Moore.

Seeing as how it has been a few weeks since the 2019 Mr. Olympia, it is clear that these two gentlemen have not taken the foot off the gas. Patrick Moore seems to be improving his overall stage presence, and getting better as an athlete. On the other hand, William Bonac has shown that getting second place at the Olympia did not deter his confidence.

Both of these men look phenomenal, and it will be exciting to see them compete in 2020.