The cause of Paul Poloczek's death is not yet known, but his wife has shared the news. 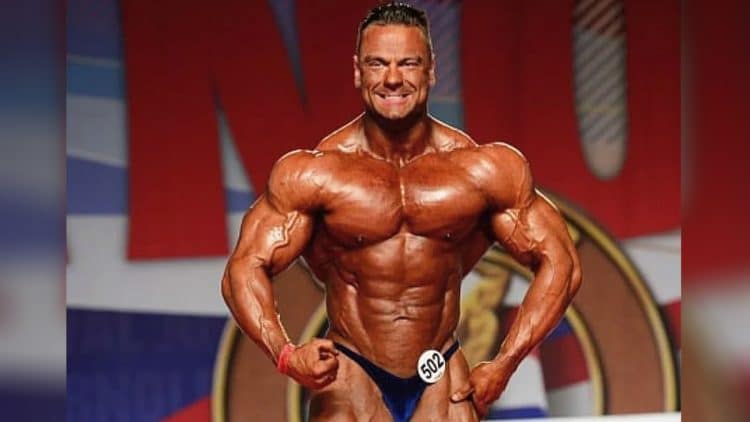 It seems like 2022 has been marked with too many deaths in the sport of bodybuilding. The community has lost numerous legends of the sport and incredible athletes since the start of the year. Unfortunately, it is Paul Poloczek who died at the age of 37 this time. We don’t know what the cause of Paul’s death is at this time. Paul leaves a young daughter and a wife behind him.

Paul was an IFBB Pro from Poland, and the news of his death came from his spouse, Katherin DeNev. She shared the news on her Instagram, alongside a heart-wrenching caption. Just a few hours before his sudden death, Paul Poloczek attended the NPC Worldwide Championships in Baden-Württemberg.

BODYBUILDING WAS YOUR LIFE. YOU ARE NOT FORGOTTEN, YOU LIVE ON IN OUR HEARTS. WE WILL LOVE YOU FOREVER.

Originally coming from Poland, Paul Poloczek spent the majority of his life in Germany. Soccer was Paul’s first love of athleticism and sports. This led him to discover his passion for weightlifting, and he became interested in bodybuilding at the age of 16. Poloczek joined the renowned Powerhouse Gym franchise in Oehringen, Germany, in 2002. Later on, he would become the proprietor of that same gym.

Paul Poloczek won his first Junior Championship bodybuilding competition at the age of 17.

In later years, Poloczek managed to claim an impressive second place finish at the German Championships in the Super-Heavyweight division 2012. This jump started his career, as he just kept getting better in the following years. He took part in a few more competitions and received his pro card in 2017 after winning the Arnold Classic Amateur tournament in Ohio. His next competition was the New York Pro and Arnold Classic in 2018.

Polczek took a break from bodybuilding for a while and made a comeback at the IFBB Europa Pro in 2021 and finished 16th. He expected to return to the sport much sooner, but Covid-19 complicated everything, which also delayed his competition.

The exact cause of Paul Poloczek’s death is unknown, but deaths in the bodybuilding community have been on the rise lately. Bodybuilding can definitely take a toll on an athlete’s quality of life if they make a few mistakes. Substance abuse and avoiding regular check-ups at the doctor seem to be the most common mistakes.

Paul Poloczek, however, will be greatly missed and the Fitness Volt team offers deep condolences to the Poloczek family and friends.