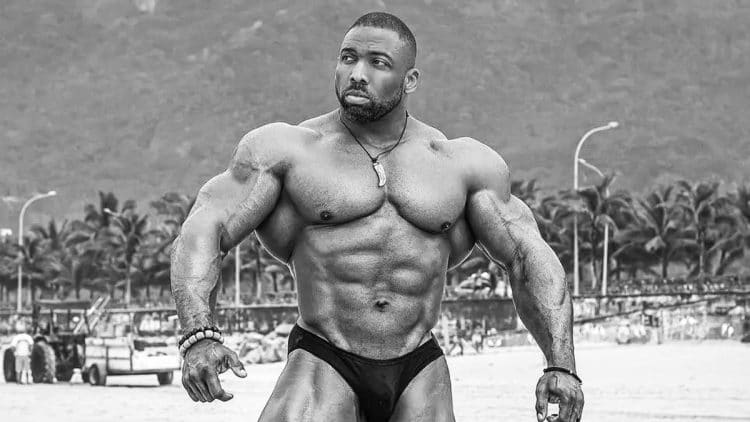 Cedric Mcmillan Has Passed Away

IFBB Pro and Arnold Classic champion Cedric McMillan has died at the age of 44. Sources close to Fitness Volt relayed the news of Cedric’s tragic death, which was first revealed by family members on Tuesday, April 12, 2022.

Details surrounding his death have not been confirmed.

UPDATE: In response to ‘incorrect information’ relayed by other media outlets regarding Cedric’s death, his wife Patty released a statement on behalf of the family, writing “Cedric’s cause of death is unknown at this time. It did not occur on a treadmill, nor is it known to be the result of past COVID or vaccinations.”

In the wake of his tragic death, seven-time Mr. Olympia Phil Heath released an emotional tribute honoring the late Cedric McMillan. In addition, the bodybuilding community has been in a state of shock since his passing.

The decorated Pro had been postponing his return to the sport after a number of personal and health issues impacted him. Cedric missed the Mr. Olympia show in 2020 due to a broken collarbone and broken hand. He also missed Olympia in 2021 for similar reasons. Nevertheless, he was optimistic about his eventual return to some of the world’s most popular bodybuilding stages.

One of McMillan’s best career accomplishments came when he captured the 2017 Arnold Classic title. Cedric’s victory speech with Arnold Schwarzenegger was spectacular and will be remembered for years to come.

Following his success in 2017, McMillan was an open book about some of his life struggles. Fans were excited to hear about his potential return at the 2022 Arnold Classic, but he unfortunately withdrew due to lingering stomach issues.

Cedric McMillan Dead at 44, Exact Cause of Death to Be Determined

Cedric was a Staff Sergeant and an instructor at Fort Jackson, SC and leaves behind an inspiring legacy. The tragic news was first made available by his family. He leaves behind four children and his loving wife.

Cedric possessed an incredible physique that many believe epitomized a Classic look despite making a name for himself in the Men’s Open division. The 2017 Arnold Classic champ managed an extremely conditioned physique without sacrificing size. Despite never regaining his Arnold title, he always sported an aesthetic build that excited fans.

In Dec. of 2021, Cedric contracted COVID-19 and spoke about a scary heart issue that resulted in a near-death experience. This heart issue ultimately prevented him from planned competitions at the Legion Sports Fest Pro and the 2021 Arnold Classic.

There have been a number of bodybuilding deaths that have shaken the sport lately. 2018 Mr. Olympia Shawn Rhoden passed away from a heart attack last Nov. In addition, George “Da Bull” Peterson died just days before competing at the 2021 Olympia. He was found face-down in his hotel room with blood around his nose, which many believe was related to an aneurism.

[Related: Bodybuilding Community Reacts To The Passing of Cedric McMillan]

Bodybuilding icon Arnold Schwarzenegger has voiced his concern with the growing number of deaths in the sport. Arnold has continued to call for reform and additional testing to preserve the health of those who wish to compete in bodybuilding.

Fitness Volt staff will keep you updated on the developing story and wish Cedric McMillan’s family and friends our most heart-felt condolences.