Peiman Maheripourehir Blazes Through Massive 476kg Deadlift, With World Record In His Sights 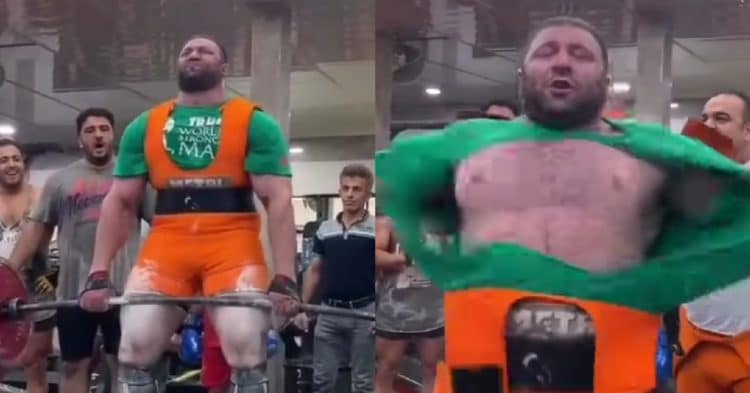 The last several weeks have seen Peiman Maheripourehir actively gunning for Hafthor Bjornsson’s world record deadlift. After a few impressive performances in training recently, it seems like he will be able to do just that.

Iranian strongman Peiman Maheripourehir has been looking unbelievable recently. He was already established as one of the best athletes, not just in Iran but worldwide as well. Not only that, but he is picking up a ton of steam lately with his efforts to reach for a new world record deadlift, gunning for the record the Mountain set a few months ago, and pushing it to 510kg.

The last several weeks has seen Peiman Maheripourehir looking absolutely beastly, pulling some serious weight. He showed that again recently with a post to his Instagram. First he showed off a pair of hefty doubles, starting with 435kg in the first week and moving to 455kg in the second. However the video of his third week of deadlifts is what has fans buzzing, as he pulls an unbelievable 476kg.

Do you think I can handle it?”

Although it was clearly a battle, Peiman looks pretty solid, and seems to be improving week over week. He has plans to shatter the record Thor set, with his goal being a solid 9kg past what the Icelandic strongman pulled in May. When Bjornsson hit the record, which you can see below, he beat the previous record by just 1kg. If Maheripourehir can hit the numbers he has planned, it will be quite the feat.

Do you think Peiman Maheripourehir will be able to hit a 510kg deadlift?